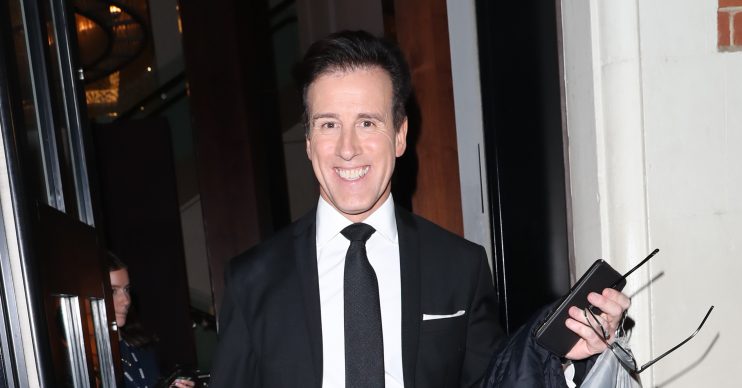 He'd happily dance with a man

Anton Du Beke says whether there is a same-sex partnership on next year’s Strictly Come Dancing or not it “doesn’t mean anything” to the show’s professionals.

The 53-year-old pro dancer admits he would have no issues dancing with a male celebrity on next year’s series because the pros will “just dance” and choreograph no matter who they are paired up with.

Speaking to BANG Showbiz and other media at a Q&A ahead of tonight’s final (Saturday December 14), Anton said: “It’s not for us to decide [whether there is a same-sex partnership on the show], that’s for the producers.

“Regarding whether we have any comfort or anything with the same-sex thing… to us as professionals it doesn’t mean anything. This is not a thing for us. This is a thing for you.

“We just dance. That’s really it.

“I did a show once and I danced with a guy called Gary Avis. We did a hat and cane number and my wife was in the audience.

“She still says to this day it is one of the best numbers I’ve ever done. Ever.

“So for me it’s not even a thing and I know Oti [Mabuse] and Amy [Dowden] feel the same way.

But Strictly finalist Kelvin Fletcher – who, alongside his partner Oti, will take on Emma Barton and Anton, and Karim Zeroual and Amy in tonight’s finale – admitted he would love to put his dancing shoes on again next year and team up with a male pro.

He said: “Can I do another series on the bounce?”

Anton also admitted the reason the show is so successful, regardless of any drama away from the dance floor, is because it has the “best people in the world” working on it, and they all have a deep “love” for the programme.

He added: “The show is the most important thing, and the actual show itself remains constant.

“The great thing about Strictly is you’ve got all the best people in the world working on it, the best cameramen and camerawomen, the prop guys are incredible.

“It all comes from love. A love of what we do and a joy. And that’s what carries the whole thing forward.

“And we’re just the luckiest people in the world to work on this incredible show. And long, long, long may it continue.”

Anton’s latest comments come after he said last year that he would “give it a go” dancing with a man on Strictly – but would be concerned how same-sex couples would be judged on the show.

“My only thing about it is how they would judge it. It would be interesting to see how they’re going to judge it.

“So from a prospective of judging it they’d have to find a criteria way of doing it. Once they’ve done that I think it could potentially happen, but we’ll have to wait and see.