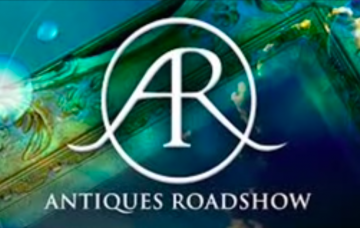 He said it was great!

Expert and presenter John Bly has given a new interview where he admits he didn’t ONCE film the BBC show sober in 15 years!

Speaking to the Daily Star, the 80-year-old furniture expert – who was on the show from 1979 – said: “Antiques Roadshow took up one day per week. I’d arrive in the evening, have drinks. It was great fun.

The BBC daytime TV show has been on the air since 1979, when it was originally presented by Bruce Parker.

Production travels around the country, with locals coming out to get their treasures appraised by antiques experts.

It regularly discovers some valuable items, including an original 1990s maquette of the Angel of the North sculpture by Antony Gormley. It was featured on 16 November 2008 and was valued at £1,000,000 by expert Philip Mould.

Another million-pound item appeared on the show last year – a stunning ornament called a Faberge flower – but producers were criticised because it wasn’t brought in by a person, but by an army reserve cavalry squadron.

But jewellery expert Geoffrey Munn didn’t seem to mind, describing the ornament as a “towering masterpiece”.

He said: “It’s an utterly breathtaking object. I find Faberge things on the Antiques Roadshow but nothing of this scale.

“It’s a towering masterpiece of the goldsmith art by the most famous goldsmith of the 20th century. So I’m going to tell you, in my opinion, that this is worth £1 million.”

Read more: Rochelle Humes told to ‘sack her stylist’ over bold outfit on This Morning

Now in its 41st series – and 796 episodes later – it’s gone through something of a makeover, with Fiona Bruce at the helm since 2008.

Even the likes of Peter Andre have appeared on its spin-off version, BBC’s Antique Road Trip!

The nineties singer boasted about filming for the celebrity version of the BBC2 show, alongside comedian Joe Pasquale.

Pete, 45, wrote on Instagram: “Filming today for bbc2 @antiqueroadtrip” and posed for some hilarious shots in a big furry black hat, alongside presenter Paul Laidlaw.

Are you shocked or amused by this revelation? Leave us a comment on our Facebook page @EntertainmentDailyFix and let us know what you think.