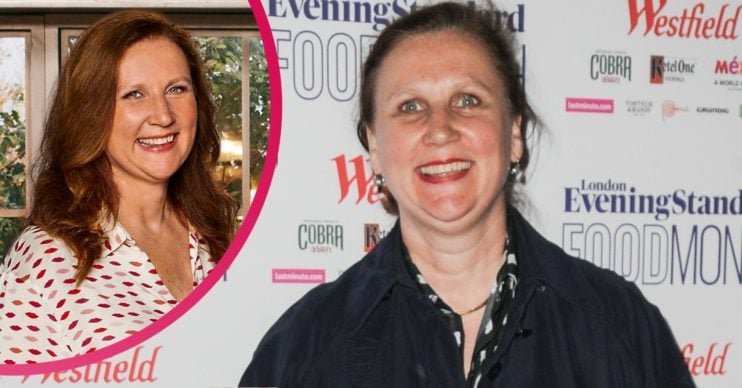 Angela Hartnett is as famous for her Michelin-starred restaurant, as she is for her appearances on numerous cooking shows.

The chef is a protégé of Gordon Ramsay, and has worked alongside Michel Roux Jr among many others.

But is she married and how old is she?

Who is Angela Hartnett?

Angela is a second-generation Italian who worked as an au pair before she discovered her passion for cooking.

Her big break in the industry came when she bagged herself a job at Gordon Ramsay’s restaurant, Aubergine.

She supported Gordon at Zafferano and L’Oranger, then joined Marcus Wareing as his sous chef at Petrus.

After launching Amaryllis in Scotland with David Dempsey in 2001, Angela helped with the launch of Gordon Ramsay’s Verre in Dubai.

As well as her famous restaurants, Angela has made a name for herself appearing on numerous cooking shows throughout her career.

TV viewers have seen her on both Hell’s Kitchen and MasterChef UK in the past.

Her biggest TV role to date came last year when she joined Mary Berry as a judge on BBC series Best Home Cook.

In the 2007 New Year Honours, she was awarded an MBE for Services to the Hospitality Industry.

Angela Hartnett restaurant: What does she own and does it have a Michelin star?

Angela has been Chef Patron at Angela Hartnett at The Connaught in London, and opened Cielo, a Ramsay Group restaurant in Boca Raton.

In August 2008, she launched Murano, a fine-dining Italian restaurant in Mayfair.

It has subsequently been awarded one Michelin star and is the holder of 4 AA Rosettes.

Since then, Angela opened Cafe Murano, a more relaxed version of Murano in St James in November 2013.

Less than two years later, she opened another site in Covent Garden.

Currently, she is Chef Patron for Murano restaurant, Cafe Murano in St James’ and Covent Garden, Cucina Angelina in Courchevel (France) and joint owner of Merchant’s Tavern in Shoreditch.

In 2013, Merchant’s Tavern was opened as the result of a collaboration between Angela Hartnett, her husband Neil Borthwick and Canteen founders Dominic Lake and Patrick Clayton-Malone.

Read more: Best Home Cook on BBC One: What happened to the previous winners? Is there a prize?

How old is Angela and where is she from?

Angela Hartnett was born in Canterbury on September 5 1968.

Does she have a husband?

Angela and Neil first met in the kitchens at the Connaught Hotel in London in 2002, where she was head chef and he was there as a willing junior.

Neil survived a cycling accident and an induced coma.

He suffered what the doctors described as “a severe knock to the head”.

At one point, a female surgeon described his brain to Angela as “like a crème brûlée”.

It was only later that her colleagues pointed out she’d been talking to a Michelin-starred chef.

He has now fully recovered.

Does Angela have children?

Angela and Neil do not have children.

She has said: “When I wanted to have children, it was too late and (I) realised then I couldn’t.

“We did try and we did all the IVF and it just didn’t work.

She says: “That’s one regret unfortunately, but other than that I’m very happy with what’s gone on.”

Angela hit out at the UK’s relationship with food in 2019.

She argued that people no longer have the time to take pride in the meals they cook.

“Our food culture is about money. People who have money can afford good food in this country,” she told BBC Radio 4’s Desert Island Discs.

“When you haven’t got any money [and] you’re living on a low income, to patronise and sit there and say, ‘You’ve got to have an organic chicken’ is wrong.

“People don’t have the time to shop and the time to cook. Everyone says we’re a more unhealthy nation than ever and yet we’re not doing anything about it.”

What is Angela’s net worth?

According to CelebsAgeWiki.com, her net worth is valued between £1million and £5million.

Remarkable Places to Eat is repeated on Thursday April 15 2021 at 7pm on BBC Two.