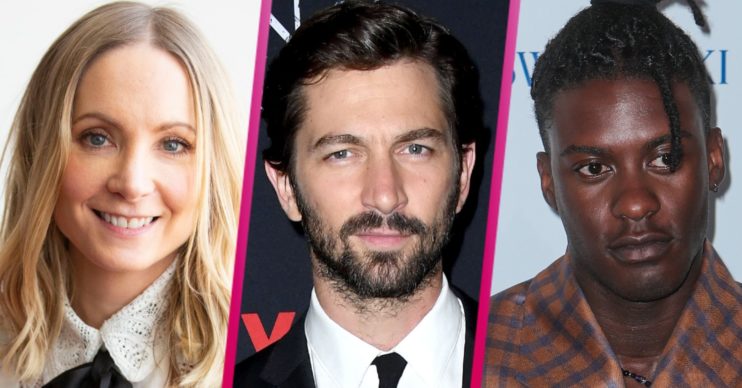 It will be a psychological thriller spanning six episodes

ITV has had an incredible run of dramas this year and it’s about to get even better with thriller Angela Black.

The trailer for the series – which stars actress Joanne Froggatt, Michiel Huisman and Sam Adewunmi – is whetting viewers’ appetites.

We’ve had to wait a long time for this six-part psychological thriller since ITV announced a year ago, but it’s coming very soon – more on later!

Speaking about her role in the drama, Downton Abbey and Liar actress Joanne said the story was “nothing like” anything she has read before.

Who is Angela Black?

Joanne said of the project: “I am honoured to be working with Two Brothers Pictures again and this important and timely story from the brilliant Harry and Jack Williams is like nothing I’ve read before.

“Angela is a complex and intriguing character and I hope audiences will be immediately drawn into her gripping, and sometimes heart-breaking journey, just as I was.”

What is ITV’s Angela Black about?

Liar star Joanne Froggatt plays suburban London housewife Angela, who has a seemingly perfect life. However, it isn’t all it appears to be.

Michiel Huisman (Game of Thrones) will take on the role of Angela’s husband, Olivier. Samuel Adewunmi (The Hatton Garden Job), meanwhile, is in the show as Ed, an enigmatic stranger.

But she is approached unexpectedly by private investigator Ed, who spills Olivier’s darkest secrets – and it leaves Angela reeling.

How many episodes is Angela Black on ITV?

Producers and screenwriters Harry and Jack Williams have created the series.

Harry and Jack’s work includes The Missing, Liar and Fleabag.

She said: “Angela Black is a gripping thriller from Jack and Harry Williams. They are masters of surprising storytelling and there are some wonderful twists in this compelling tale.”

When is Angela Black on ITV?

There’s not long to wait at all now – Angela Black begins on Sunday, October 10 at 9pm.

It will run for six weeks, making perfect appointment and water-cooler TV!