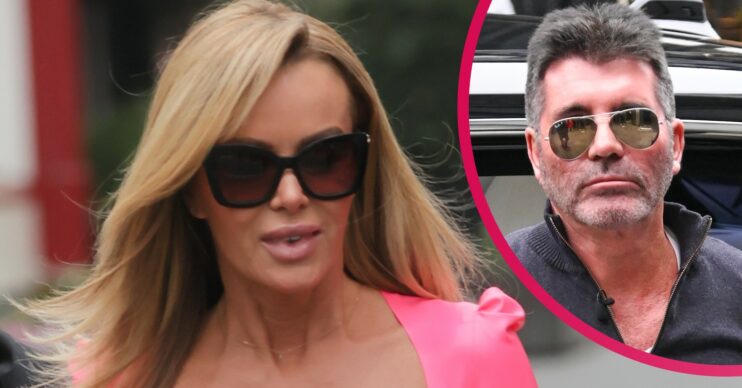 Amanda Holden has taken to Instagram to hit back at claims involving Britain’s Got Talent co-star Simon Cowell.

The pair are currently filming the auditions for the popular ITV programme in London.

But after a tabloid speculated over tension on set this week, Amanda has fired back.

It comes after reports claimed Amanda, 50, was left “fuming” following a comment made by Simon, 62,

According to The Sun, the music producer apparently made a cheeky quip about Amanda’s bedroom antics.

The judges were reportedly watching a chained escapologist attempt to break free from a water tank at the time.

Read more: Amanda Holden fans stunned by rare picture of her natural beauty ahead of BGT

During the act, Simon apparently said: “That looks like Amanda’s bedroom.”

An audience member told the publication: “Amanda was furious with Simon. She whacked him on the arm and you could see her telling him to ‘shut up’.

“It was so awkward. She really wasn’t happy and seemed pretty grumpy for the rest of the session.”

However, Amanda has since hit back at the report.

The BGT judge – who also appears on the panel with Alesha Dixon and David Walliams – took to Instagram to complain.

Sharing a screenshot of the article, she wrote: “I rarely address headlines but this one makes me look like I don’t laugh!

“Which is mostly what we do on BGT. So whoever is feeding this in be warned.”

But she didn’t rubbish the rumours entirely.

Amanda explained: “Because I have a sense of humour I actually said, ‘Oh Simon you promise not to tell anyone!'”

Speaking to Heart FM co-host Jamie Theakston, the star dished the dirt on filming for the current series.

Jamie said: “We missed you over the past couple of days!”

Amanda responded: “Britain’s Got Talent you see. I can’t do both ends of the day, especially when Mr Simon Cowell’s still is a bad time keeper.”

Jamie asked: “He just doesn’t turn up on time?”

Amanda then joked: “He does loads of other things and then he just sorts of potters I would imagine, I don’t know – a bit of gardening.”