Amanda Holden has addressed the talk around her racy Britain's Got Talent attire, insisting she likes to "take risks" with her outfits.

The 48-year-old star's striking ensembles on the ITV programme have caught the eye of viewers and even drawn criticism from some fans.

However, the talent show judge shrugged off the Ofcom complaints as she explained her style choices.

Times have changed and I don't feel anyone should feel pressure to dress for your age.

She told MailOnline: "Of course I have fun on Britain's Got Talent – it's the perfect opportunity to take risks.

"Times have changed and I don't feel anyone should feel pressure to dress for your age. It's all about body positivity and feeling good." 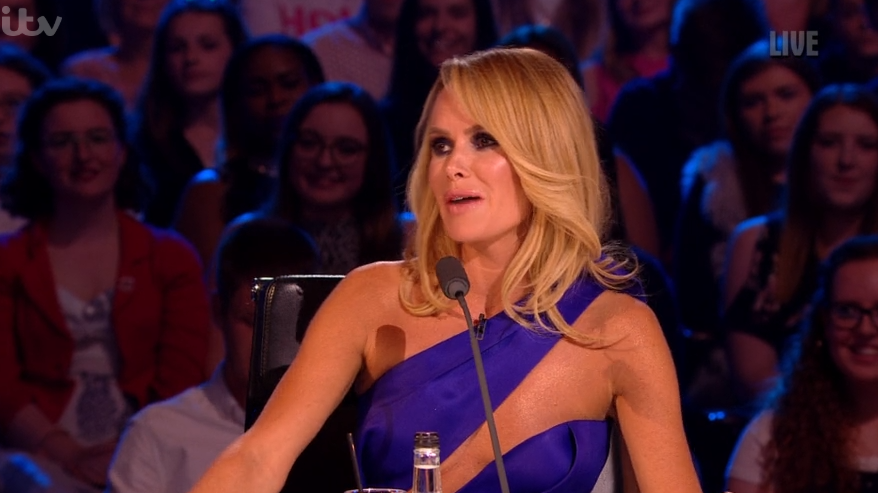 Some of Amanda's BGT gowns were a talking point (Credit: ITV)

Amanda added her own family don't mind when she steps out in an eye catching outfit, and she admitted her age doesn't even come into it.

She said: "I try not to think about age anymore when I'm dressing. My children don't bat an eyelid at what I wear and love borrowing my clothes."

It’s the LIVE FINAL💥 very excited, it’s so nice to be back in a gown by my dear friends @jatoncouture... good luck to all the #BGT finalists tonight! . Hair: @itsdash Makeup: @karindarnell Shoes: @gianvitorossi Jewellery: @aspreylondon Stylist: @karl_willett Assistant: @adelepentland

Earlier this summer, the TV star revealed, despite the backlash, she relishes the attention and she laughed off that there's so much focus on her cleavage.

She previously told Mail Online: "I love it that people are still talking about my tired old breasts and I'm nearly 50! No one talks about [BGT co-host] Alesha Dixon's - she's got great boobs by the way - and she's eight years younger than me."

#me and my ♥️ #mic #muff on #holiday @thisisheart

Amanda said she is also proud that her outfits remain affordable to most of her fans.

She explained: "If someone asks me, I like to say, 'This is from Zara'. If I admire someone's outfit, I hate it when they say to me, 'It's Dolce! because even I go, 'I'm not buying that - that's the school fees!'"