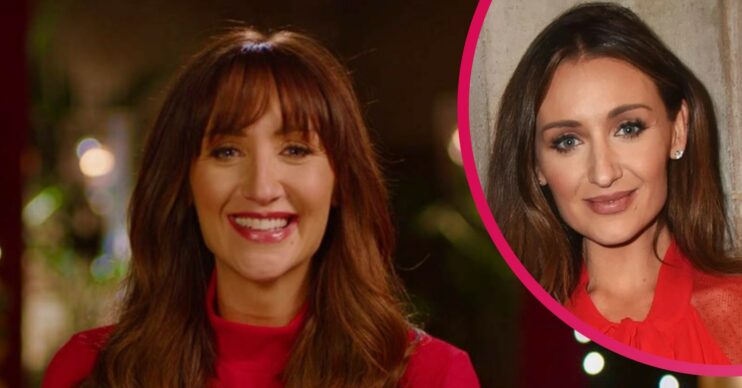 All Star Musicals on ITV: When is pregnant Catherine Tyldesley due to have her baby?

ITV lifts the curtain on more All Star Musicals this Christmas – but when is pregnant participant Catherine Tyldesley due to have her baby?

They are already parents to Alfie, six.

When will All Stars Musical’s Catherine Tyldesley have her baby?

Catherine announced her pregnancy back in October.

It was reported she was 14 weeks pregnant at that point.

“I can’t tell you how utterly blessed we feel right now,” Catherine told followers on Instagram.

She is expecting a little girl this time, and it is believed she will arrive in April 2022.

In November, the Eva Price actress stressed how important she believes it is to maintain an exercise regime.

Catherine said she isn’t going as all out as previously – but still works out a lot.

She explained: “Obviously I’ve slowed down somewhat but I still train seven times a week and I keep my steps up.

“That’s important for mum and baby.”

Catherine has revealed she endured some issues during the early stages of her pregnancy.

The former Strictly star opened up: “I was having terrible insomnia, which is still with me.

“I was so hot at night and unable to control my temperature and I started to panic that perhaps I was perimenopausal.”

I started to panic that perhaps I was perimenopausal.

And reflecting on a diagnosis of hyperemesis gravidarum, Catherine added: “It is not like morning sickness as you feel sick all day.

“It is the same thing Kate [Middleton] had, although I have not been as extreme as her.

“I was put on medication and that has been a godsend as I feel so much better.”

Who else is taking part in All Star Musicals 2021?

Cath will be joined a host of other famous faces taking on on the musical theatre masterclass.

But Catherine may be the most enthusiastic of them all about taking part.

She said: “I’m a huge musical theatre fan. The chance to sing a song from the first musical I fell in love with is a dream come true.

“Really excited about the tuition too – a great chance to learn from the best.”

There will also be support from a full West End ensemble, a live orchestra, choreographers and vocal coaches.

John Barrowman hosts, and opens the show with Greatest Showman medley alongside Elaine, Samantha and Trevor.

The celebs perform from a range of musicals, including Cats, Moana and The Rocky Horror Show.

All Star Musicals airs on ITV on Boxing Day (Sunday December 26) at 8pm.