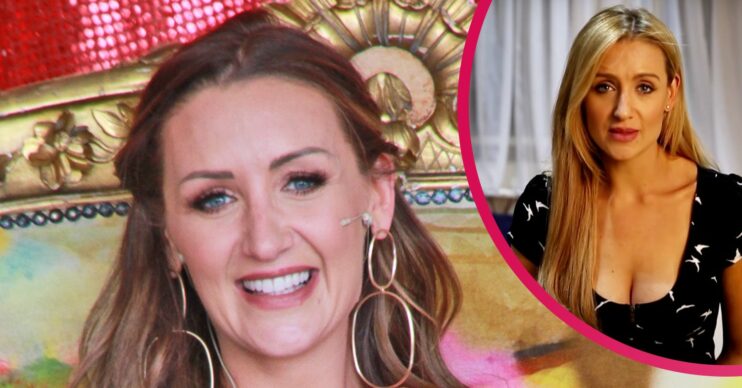 Expecting a girl in April

Former Corrie star Catherine Tyldesley has revealed she maintaining a very active lifestyle during her pregnancy.

The mum-of-one, 38, announced in October she will be having a girl in April next year.

But despite having another one on the way, Cath is not exactly staying off her feet and taking it easy.

What has Catherine Tyldesley said about her diet during pregnancy?

Eva Price actress Cath told MailOnline she is “listening to her body more” this time around.

“Your body will let you know what you need,” she said.

“My body was craving red meat all the time, and I don’t eat much red meat. I thought ‘Okay, baby must need iron’, so I looked for vegetables rich in iron and it seemed to work.”

The former Strictly Come Dancing star also stressed how important she believes it is to stay active.

Despite indicating she isn’t pushing it as much as previously when it comes to exercise, she is clearly still training hard.

I still train seven times a week and I keep my steps up.

Catherine explained: “Obviously I’ve slowed down somewhat but I still train seven times a week and I keep my steps up. That’s important for mum and baby.”

Despite doing her utmost to stay fit, Catherine has experienced some rough moments during her pregnancy.

In the early stages she suffered with symptoms that left her wondering whether she may be approaching the menopause.

She revealed to Hello!: “I was having terrible insomnia, which is still with me.

“I was so hot at night and unable to control my temperature. I started to panic that perhaps I was perimenopausal.”

Reflecting on a diagnosis of hyperemesis gravidarum, she added: “It is not like morning sickness as you feel sick all day. It is the same thing Kate [Middleton] had, although I have not been as extreme as her. I was put on medication and that has been a godsend as I feel so much better.”