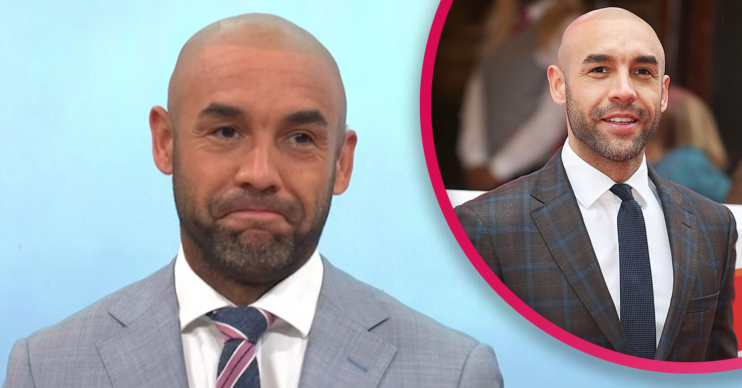 The weather presenter was happy to be back at work

It’s the first time the weather presenter has been back on set since confirming he’d secretly split from his wife Natalia.

First time back in the @GMB studio. Spent most of my time mixing lotions and potions for the first time. How did I do? 🙈👀😂. pic.twitter.com/kaXLM8h6Rh

Alex Beresford is back

Ranvir Singh and Ben Shephard were delighted to see the star again after lockdown forced him to work from home.

Chuffed to be back, Alex said: “It feels really good to be here in the studio.

“This is probably the first time I’ve come to London actually since lockdown so it was a bit weird getting on the M4 and travelling up to London.

“But it feel great to be here and see you guys, see the crew as well and of course Dr Hilary in the corner, who has been amazing.”

Alex the joked he’d been struggling a little with his first day back: “I can’t get to grips with it all.

“I came in this morning and the first thing I was worried about was makeup – there’s no makeup department.”

He quipped: “It’s the first time I’ve done my hair in ages!

“I’ve done a bad job and I’d like to apologies to our makeup department who are fantastic.”

However, they continued living together until two weeks before lockdown meaning the presenter has been living on his own.

The star opened up about the split for the first time last month on the Britain Get Talking podcast.

“Life is for sharing and it’d be great to meet someone in the future but they have to be right for me, right for Cruz.”

Alex added: “It’s been a massive learning curve, I didn’t think at the age of 20 that when I was approaching 40, I would be in this situation.

Visit our Facebook page @EntertainmentDailyFix and let us know what you think of this story.x