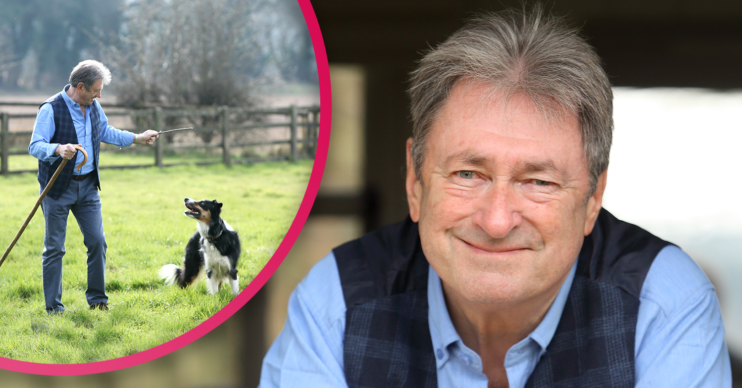 He's joined social media at the age of 71

Spring into Summer host Alan Titchmarsh has revealed his fears over being “cancelled” after joining Instagram at the age of 71.

And, while he runs his posts past his daughters to make sure he doesn’t “embarrass” them, he is a little worried about waking up one morning to find he’s been “cancelled”.

Alan revealed he’d been persuaded to join the social network at the age of 71.

And he revealed that he makes sure he consults daughters Polly and Camilla, who are in their forties, before he hits post.

Alan told The Mirror: “I’m not doing it to be reassured about my popularity – I’m just happy to share the things I enjoy. People can either look at them or not look at them, and that will do.

Read more: Is gardener Charlie Dimmock married and what is she most famous for?

“It’s very benign, it’s very gentle, there’s going to be nothing controversial. I’m not going to be giving opinions about people in the news or what they’re doing.”

However, despite the content being, in his own words “benign”, Alan did make a quip about cancel culture.

He joked of his “worry” that he was going to wake up one morning and find “I’ve been cancelled”.

Alan said he’ll be sticking to the green stuff and posting about gardening.

He said he hopes that people will enjoy it – and that he doesn’t encounter trolls.

“I don’t know whether you can have a venomous reaction to a picture of a daffodil. It probably says more about you if you do, than it does about me,” he said.

Alan did offer his sympathies for those targeted by trolls, though, admitting he “feels sorry” for them.

So what is Alan Titchmarsh: Spring into Summer about?

Set in the rolling Hampshire countryside, he’ll be joined by a different celebrity guest every week.

The nine-part series will focus on the joy of getting back into the fresh air after a long winter indoors.

And it’ll see Alan offering tips on everything from farming and gardening to food.

So are you tuning in tonight? Head to our Facebook page @EntertainmentDailyFix and tell us.