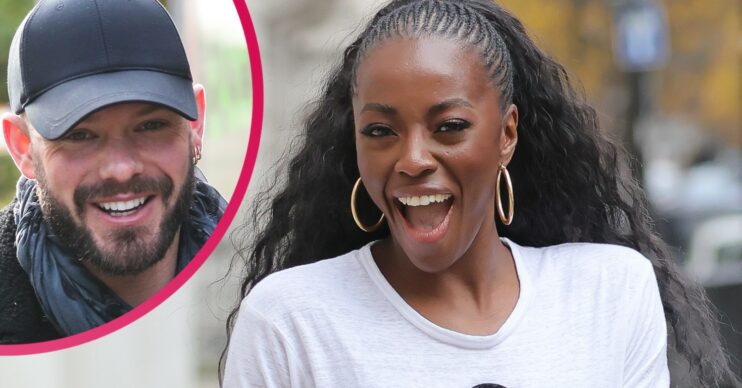 The BBC star can't perform on this year's upcoming tour

AJ Odudu has been supported by her Strictly Come Dancing pals after she quit the tour.

The BBC star has been forced to pull out by the same foot injury which saw her crash out ahead of the show’s live final last year.

At the time, AJ missed out on her chance to claim the title in the 2021 series after suffering a torn ligament.

Sadly, her problem still hasn’t healed, and as a result, she’s been forced to back out of the tour.

AJ said: “I’m devastated not to be able to take part in the Strictly tour due to injury. I had hoped for one last dance with Kai, but I must obviously follow the medical advice.

“I wish my Strictly family the very best of luck on the road and I’ll definitely be there to cheer them on.”

The star will be replaced by EastEnders star Maisie Smith, who took part in the 2020 series.

She said: “I wish my Strictly family the very best of luck on the road and I’ll definitely be there to cheer them on.”

Following the news, AJ shared a video on Instagram discussing the heartbreaking news.

“I had hoped for one last dance with @kaiwidd. We were both so looking forward to finally showing you our (unseen) show dance,” she wrote. “But it turns out I can’t go straight from wearing a medical moon boot to performing in 37 shows in 3-inch heels. Who knew?!

“The good news is, Kai and the rest of my Strictly fam will be setting the stage on fire and I can’t wait to go cheer them all on.”

Some of AJ’s co-stars rushed to support the star as a result of her announcement.

“All my love @ajodudu,” added Janette Manrara. “We will miss you shining on that stage, but your getting better ASAP is of utmost priority.”

Meanwhile, TV’s Angelica Bell said: “Seriously my heart is breaking for you AJ. You smashed it on the show and you will be back on both feet in no time. You’re a champ!”

Neil Jones wrote: “So sorry… we are all sending you positive energy to get fit as soon as.”