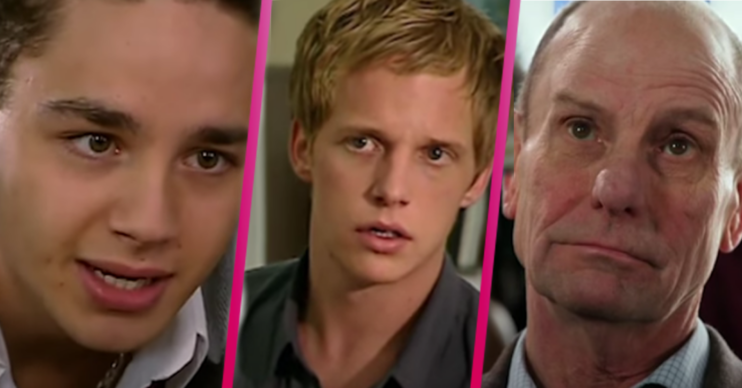 7 issues Waterloo Road needs to cover when it returns

Waterloo Road is coming back!

The BBC has just announced that school drama Waterloo Road will return with a new series.

The original ran for 10 series from 2006 until 2015 covering numerous hard-hitting storylines.

But what issues should the show cover when it returns?

1. The effects of long Covid

The series is set to take place in post-Covid Britain. Therefore it seems right to do a storyline showing the true effects of those suffering with long Covid and what it’s like for their families.

Many are suffering with the effects of long Covid and due to the pandemic only beginning last year, it’s not an issue Waterloo Road has covered before.

It would also be great if the series could show the support available for those suffering.

This was covered quite a lot in the original series.

We saw Chloe Granger, Janeece Bryant, Vicki MacDonald and Jade Fleming go through teen pregnancies, however each one had a different outcome.

While Chloe and boyfriend Donte decided to keep their daughter, Jade decided to put her child up for adoption and Janeece originally chose adoption, but changed her mind when her daughter arrived.

We also saw Vicki go through a heart-breaking miscarriage.

While it has been covered, it is still something that happens and it’s good to show different outcomes and educate young teens about it.

It would be incredible to have more characters who are part of the LGBTQ+ community to educate viewers on sexuality and gender identity.

Popular soaps such as Emmerdale, EastEnders, Coronation Street and Hollyoaks have introduced many enriching characters who are a part of the LGBTQ+ community.

I would love for Waterloo Road to do the same thing.

Another plot we saw a few times in the original series was teachers grooming children.

In the sixth series of the show we saw Spanish teacher Cesca Montoya begin an inappropriate relationship with her student Jonah Kirby.

Eventually their relationship was exposed but Cesca was pregnant with Jonah’s baby.

Cesca and Jonah went to Gretna Green to get married. However as they left the registry office, they were greeted by police and Cesca was arrested.

There was also a plot in an earlier series which saw Janeece groomed by a paedophile posing as a teacher.

These plots are important for educating children and teenagers.

They’re a good way to show them the red flags, boundaries and what they should do if a teacher, or anyone for that matter, is ever inappropriate with them.

5. The repercussions of false accusations

Read more: EastEnders: Who is Thomas Cotton and why is he pretending to be Sonia’s dad?

Another issue which I feel should be brought up is the repercussions of false accusations.

While I understand this is a tough one as we wouldn’t want actual victims of abuse and assault to feel like they can’t come forward, I do feel it needs to be shown what can happen if someone makes false accusation, for both the accuser and the accused.

6. Introducing more characters with disabilities both visible and invisible

In a post-Covid world, I feel this is extremely important to cover.

There are still many who don’t understand different disabilities and the fact that some are not visible.

If we could see more storylines like this, I feel it could make a huge difference.

7. Teaching about the deaf community

Currently Coronation Street is teaching viewers about the deaf community with Freda and baby Aled.

In a recent episode, Freda really explained what it’s like to be deaf and how isolating it can feel.

The character Gemma has been learning sign language and I feel like this is something that should be taught in schools.

I think it would be incredible to see a sign language class set up in the new Waterloo Road to teach kids about communication and the deaf community.

Read more: OPINION: ‘Waterloo Road returning is the best decision the BBC has made in ages’

While the students brought a lot of drama, so did the teachers with affairs, lies and other scandals.

Could we have some past pupils return as teachers bringing new drama?

All I’m saying is Katie McGlynn needs to make a return as Miss Allen – I feel like she would make an incredible teacher and bring some hilarious scenes.

Are you excited that Waterloo Road is returning? Leave us a comment on our Facebook page @EntertainmentDailyFix and let us know what you think!