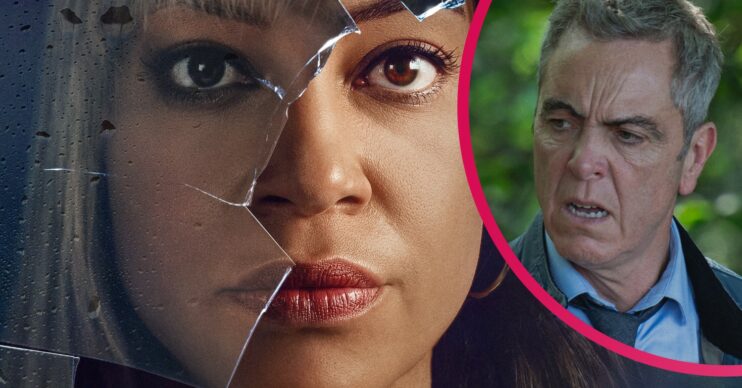 Netflix series Stay Close has everything you’d want from a thriller – and you’ll have serious FOMO if you don’t binge watch the episodes as soon as it starts streaming.

The eight-part series is set to air from New Year’s Eve 2021.

Here’s five reasons why you MUST watch the latest Netflix adaptation of Harlan Coben’s novel Stay Close – with no spoilers!

1. You can binge all of Stay Close on Netflix at once

Stay Close is THE big thriller to watch on Netflix this New Year.

And luckily, you can watch all the episodes at once.

Nowadays it’s unbearable to wait a whole week between episodes.

Yes, we ARE being dramatic.

We know it can add to the tension – think Line of Duty – but the series has to be seriously good to warrant the wait.

Our verdict is that Stay Close on Netflix IS worth waiting for.

But luckily, you don’t have to!

We love the ease of watching the episodes in bulk, and that smug feeling when you’e finished before everyone else!

Stay Close is another Harlan Coben adaptation – this time it’s based on his book of the same name.

Previous collaborations Safe and The Stranger were both unmissable dramas.

If you like thrillers, then you’re in safe hands with Harlan Coben.

Harlan Coben’s The Stranger was originally released in 2020, and the episodes are still available to watch on the streaming service.

The plot revolves around happily-married father-of-two Adam Price, whose life is turned upside-down after an encounter with a stranger.

He’s bringing up his two teenage daughters, living in a beautiful gated community, with close friends nearby and a new relationship starting.

But when his eldest daughter disappears in mysterious circumstances, he realises that he knows NOTHING about the people closest to him.

3. The cast of Stay Close on Netflix is insanely good

The cast of Stay Close is bulging with some of the UK’s best TV actors.

Honestly, the episodes are worth watching for the talent alone.

James Nesbitt stars as Broome in the new thriller, fresh from his roles in crime dramas Bloodlands and Line of Duty.

We can’t think of a bad TV show James has been in (we’ll forgive him for Jekyll, shall we?).

Meanwhile, Richard Armitage plays Ray, alongside Cush Jumbo who is excellent as the lead character Megan/Cassie.

And that’s nowhere near the end of the talent, as comedian and actor Eddie Izzard stars as functioning heroin addict Harry Sutton.

We’re not going to lie, Daniel Francis – who plays Megan’s husband Dave Shaw – is pretty easy on the eye, too!

4. The theme tune is ACE

You may well find you’re hooked to Stay Close on Netflix from the very first episode – once you hear the soundtrack.

The theme tune is a cover version of Lesley Gore’s You Don’t Own Me.

You’ll definitely recognise it, but you won’t have heard this version before.

South African singer Nikki Williams performs the iconic single at the beginning and end of each episode.

It’s a haunting rendition of the song, and we’re pretty sure you’ll love it.

5. Stay Close on Netflix is a compelling story, with big twists!

The cast, the theme tune and the binge-ability wouldn’t count for much unless the series is actually any good.

And, we can confirm, Stay Close on Netflix is cracking!

It’s quite bonkers, like many Harlan Coben thrillers are…

The Stay Close episodes on Netflix are tense, thrilling, and question how well you can ever REALLY know someone.

From the first episode, the characters are compelling – and you’ll want to know more.

Slowly, we begin to discover that all of the characters are connected.

Broome, Ray and Megan/Cassie are three people who are each concealing a dark secret that even those closest to them would never suspect.

And you’ll find you’re rooting for them – which is a rare thing.

You won’t find any spoilers here, but suffice to say, the climax is worth the wait.

We certainly didn’t guess whodunit – and we were trying really hard!

In fact, even writer Harlan Coben admits it’s his favourite ending of all the Netflix dramas.

Actor Richard Armitage tells us: “I just love the themes that Harlan plays with, identity and reinventing yourself and your past catching up with you and how do you hide yourself?

“It’s people’s fantasy and worst nightmare that they try to invent themselves and the past comes back to haunt them.”

He also teases a big twist, saying: “There are epic twists. And they are different from the book.

“He really expands some of the characters and some of the relationships and it gets darkly comedic in places, but there are some big twists coming.”

There’s a good reason why Harlan Coben is a bestselling writer.

He’s not Shakespeare, but he can nail a thriller.

Trust him, and enjoy the ride!