Alex Jones, co-host of The One Show, has opened up about her eldest son's health condition and asked fans for advice.

The Welsh presenter, 42, revealed on Instagram that a few of the sunscreen brands she's tried have caused her son Teddy's eczema to "flare up".

She told her 180k followers, via her Stories: "Can anyone recommend a good sunscreen for a child with very sensitive skin? Tried a few and they're causing his eczema to flare up." 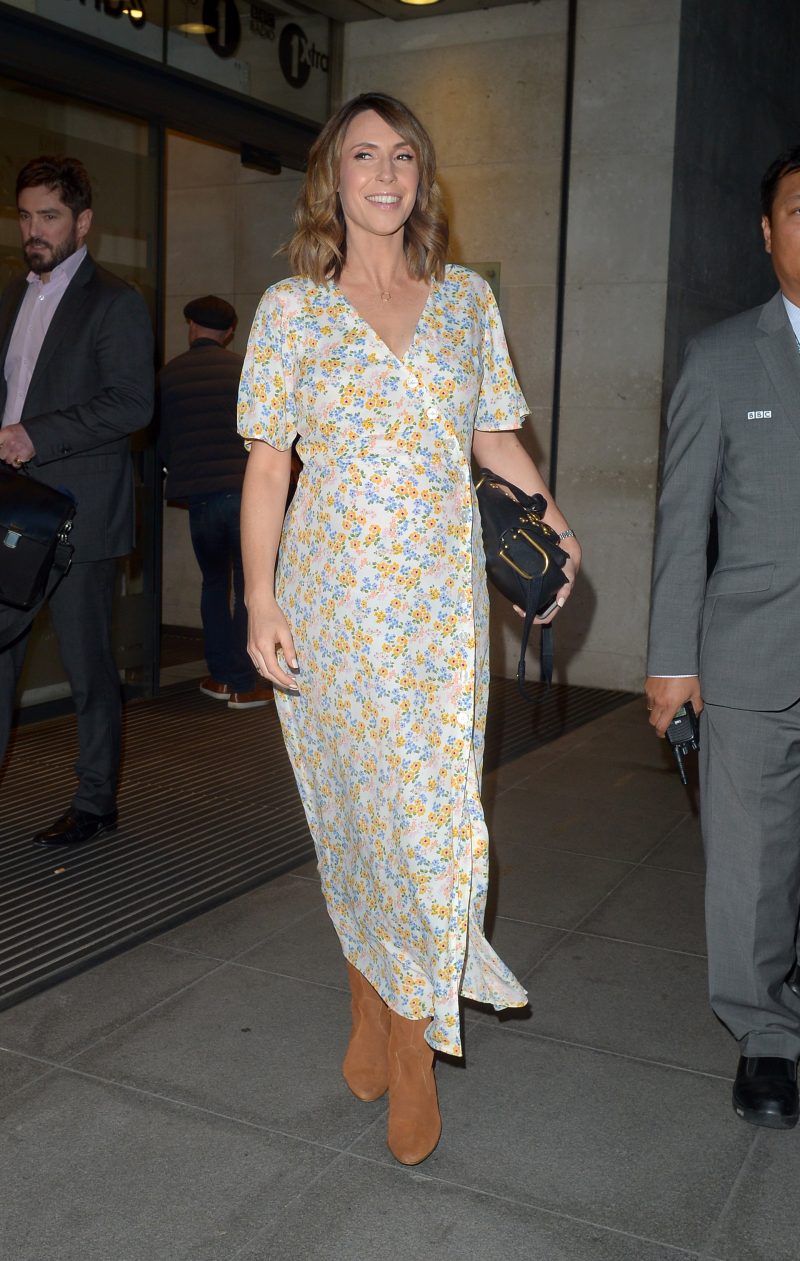 Alex gave birth to her second child in May (Credit: SplashNews.com)

"Ideally, I would like to be able to use it on a tiny baby too? Suggestions most appreciated."

Eczema affects as many as 15 million Brits, or one in five people. The condition causes the skin to become itchy and dry, and according to the NHS it is more common in children.

After being inundated with recommendations, Alex thanked her followers for their suggestions and wrote: "Wow!!! You lot are amazing. Such a quick response. Really interesting to hear about lots of new brands, and some that are familiar and tried and tested.

"Lots of you wondering what others have recommended so I will collate responses later."

Can anyone recommend a good sunscreen for a child with very sensitive skin?

In a video on her Instagram Stories, she said: "For once, Kit and Teddy are actually sleeping at the same time. I'm desperate to sleep, and now I can't! So I've been looking at sunscreens for half an hour. I think it's what they call Sod's law."

The couple welcomed their second son, named Kit, in May.

Calling in to The One Show to speak to co-host Matt Baker shortly after the birth, Alex said: "We are now a family of four.

"He was born last Monday morning. We've had a lovely week getting used to being a family of four and introducing him to Teddy."

While initially concerned about how her eldest would react to having a new sibling, it seems she had nothing to worry about.

Of course, the experience of raising a toddler wouldn't be complete without its rough moments.

Alex recently told fans she was having a "horrendous" time with Teddy as the tot was going through a difficult phase.