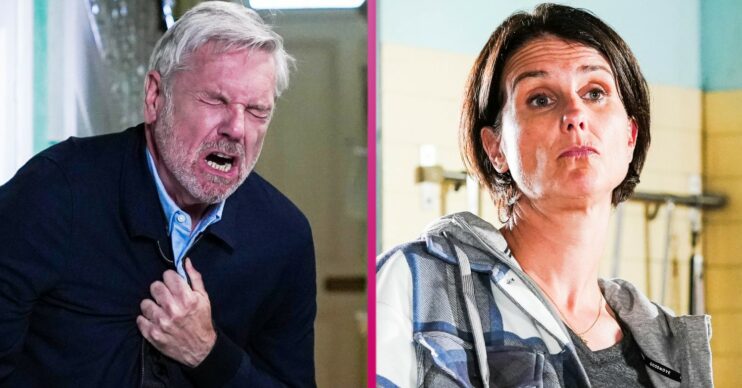 Why is there no EastEnders on tonight? Soap schedule has been changed

EastEnders is not on tonight

EastEnders is not on tonight (Friday, November 19) but what is on instead? And where can you catch up on this week’s episodes?

Why is there no EastEnders on tonight?

Usually EastEnders airs at 8.30pm on BBC One. However tonight there is no episode as Children in Need is on from 7pm to 10pm.

Children in Need will be hosted by Mel Giedroyc, Graham Norton, Chris Ramsey and Alex Scott helmed for the very first time from Media City, Salford.

Where can I catch up on EastEnders?

To make up for no episode tonight, on Tuesday (November 16) there were two episodes on.

When is EastEnders back on?

EastEnders will be back on on Monday (November 22) at 8pm.

What’s happening in next week’s EastEnders?

Kathy reminds Rocky he said he would help at Walford East. Rocky is confused when it’s empty but he’s touched when he realises it’s a surprise party for his 60th birthday.

After the party, Rocky writes a letter to Sonia and Kathy, but he suddenly grabs at his chest and collapses.

Meanwhile Sharon tells Phil about baby Alyssa, as Kat watches on, and she reveals she’s applying for joint custody.

Phil gets a gift for Sharon and Alyssa leaving Kat furious.

However when she vents to Stacey she’s reminded Sharon isn’t a threat to their relationship, it’s her.

Later Phil checks in with Sharon and Alyssa when Jada turns up.

Not trusting Jada, Phil opens up to Kat.

Phil returns to Sharon’s and Jada answers the door and he questions why she left Alyssa on the doorstep.

He tells Jada to walk away again just as Sharon enters She’s appalled by what she’s heard.