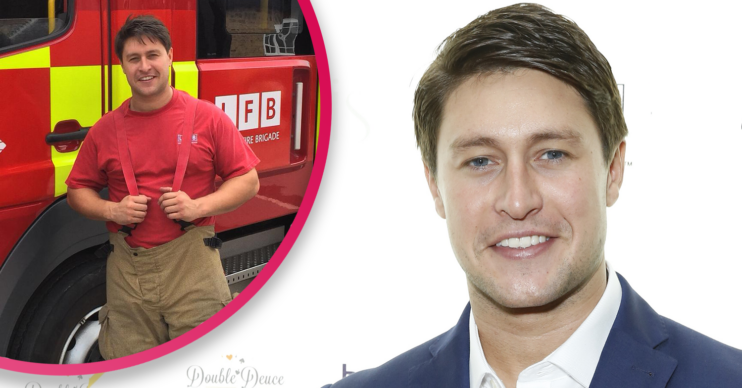 And the little lady is adorable

Former EastEnders star Tony Discipline, who played Tyler Moon in the BBC One soap, has become a father for the first time.

The actor turned fire fighter shared the news on Instagram earlier this week.

And, while he revealed his daughter’s beautiful name, he remained tight-lipped on the mystery lady he’s been romancing.

What did EastEnders star Tony Discipline say about becoming a dad?

Sharing a handful of pictures of himself and the baby, Tony revealed her gorgeous name.

He said: “Welcome to the world my beautiful daughter – Penelope Charlotte Rose Discipline 😍.”

Tony added: “It’s all for you now baby girl.”

Read more: Listen up new EastEnders boss: How to fix the soap in five easy steps!

He shared a picture of himself holding the baby in hospital, one of her in her cot and one of the pair once they’d headed home from hospital.

Penelope’s face is obscured in the pictures by a love heart emoji, with the new dad clearly keen to protect the tot’s privacy.

Matt Lapinskas, who played his on-screen Anthony Moon in EastEnders, said: “”My guy congratulations to you all.”

“No way!” said another in surprise. “Congrats to you and your missus.”

So who is Tony Discipline dating?

Tony has so far remained tight-lipped about the identity of the baby’s mother.

Before that he was in a relationship with his EastEnders co-star Jacqueline Jossa.

The pair got together in 2011 but split after 18 months, although they remained friends.

The star was ‘single’ back in February

Back in February ED! spoke exclusively to Tony and asked about his relationship status – and if it’s true that the ladies love a fire fighter.

“Apparently, that’s what they say,” he quipped.

“I’m single at the moment. Obviously with lockdown it’s not the best time to meet anyone.”

So he hasn’t had any cheeky offers to slide down his fireman’s pole, then?

And it certainly seems as if he did…!