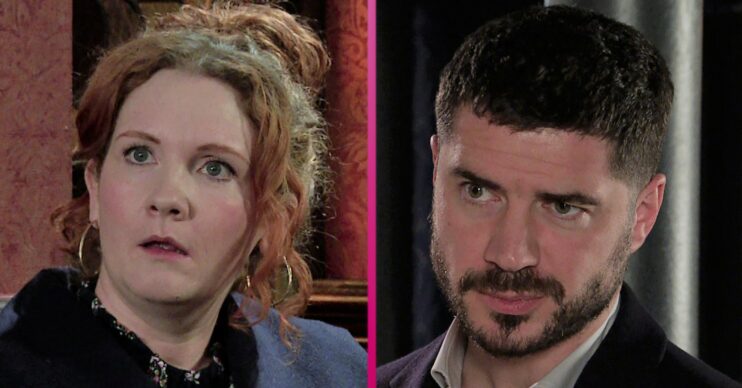 Why is Coronation Street not on tonight? Why has ITV’s schedule changed again?

Corrie usually airs for an hour on Fridays

Coronation Street usually airs on Fridays, however tonight (Friday, February 4) there will be no episode.

Coronation Street is not on tonight as Live FA Cup Football is on from 7.30pm until 10.20pm.

It’s Manchester United v Middlesbrough with a kick-off at 8pm.

Where can I catch up on Coronation Street?

Read more: The Teacher on C5: Who did Ian Puleston-Davies play in Coronation Street and why did he leave?

For anyone wondering when Friday’s episodes are airing, they already aired earlier this week.

Episodes are available to watch on ITV Hub.

What happens in next week’s Corrie?

In next week’s scenes Adam finds his car windscreen has been smashed. He confronts and tracks down Jeremy Bremner, who admits to keying his car but denies the graffiti and windscreen.

Adam gives up arguing and leaves, but Sarah tells Carla and Lydia that Adam may have unnecessarily provoked Jeremy further.

Held at gunpoint by armed police, Adam and Imran are shocked to learn their office is being searched for a firearm following a tip-off.

The police search through the office. Imran and Sarah blame Adam for antagonising Jeremy.

Adam insists on reporting Jeremy to the police for a false tip-off and Adam receives a silent phone call.

Soon Adam gets a threatening message.

Meanwhile Kelly is delighted when Stu invites her, Gary and Maria for a complimentary meal at Speed Daal. They are all stunned when Kelly’s mum Laura interrupts and announces she’s dying.

Laura’s upset by Kelly’s disbelieving reaction to the news that she has stomach cancer and only months to live.

What do you think of Lydia in Corrie? Leave us a comment on our Facebook page @EntertainmentDailyFix and let us know what you think.