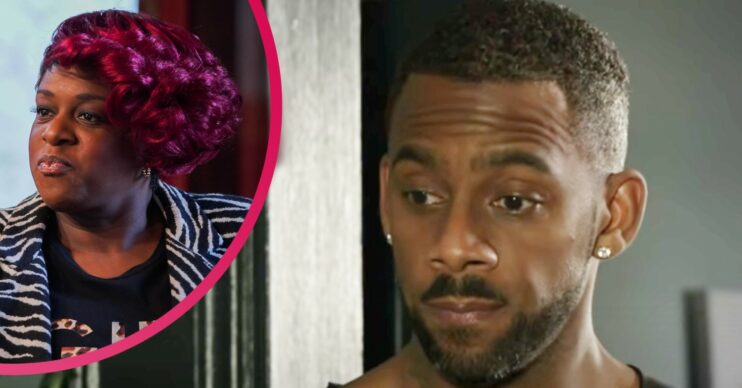 Who is Vincent Hubbard in EastEnders and what really happened to him?

Vincent was last seen 3 years ago

Vincent Hubbard was in EastEnders from 2015 until 2018, but who is he and what happened to him?

Phil overheard and was adamant she left the matter alone, but Kim tracked the booking to Walford East.

She discovered a children’s entertainer in a costume claiming to be Vince. She confronted him when she spotted him with a wallet, which was was convinced belonged to Vincent.

Vince then packed up his stuff and hastily left.

After telling Phil an Mitch what happened, Phil told Denise to stop Kim in her crusade for answers.

But where is Vincent?

Who is Vincent Hubbard in EastEnders?

Vincent first appeared in February 2015. He is also the father of Pearl Fox-Hubbard and Mica Fox.

He had an on-off relationship with Kim Fox and the two ended up getting married.

He was played by Richard Blackwood.

What happened to Vincent Hubbard?

Vincent went missing in April 2018 when he fell into a trap set up by Phil Mitchell, crime boss Aidan Maguire and corrupt copper DCI Alsworth.

Vincent decided to leave Walford with Kim and his daughter Pearl, with the help of DCI Alsworth.

Soon Vincent backed out of the plan but Alsworth and Phil had another idea.

Vincent was put into the back of a car and driven away from the Square and Phil watched from afar as they drove off.

On the phone, Phil told a mystery caller he wanted to “put the frighteners” on Vincent.

Vincent was then driven to the middle of nowhere as a man put a gun to Vincent. However before viewers could see Vincent’s fate, there was a duff duff.

Vincent hasn’t been seen since.

What has Richard Blackwood said about returning?

Richard has spoke about his EastEnders role since leaving.

Speaking at a Dancing On Ice press launch in 2019 about EastEnders he said: “I’m missing it in terms of the good times that I had there and the family I had there.

“But also, I’m happy to watch it from afar and see how it’s developing, but you know I’d always go back there. If there is a chance, I’d happily go back.

“[The door] is slightly ajar, everyone loves Vincent so I’m happy about that.”