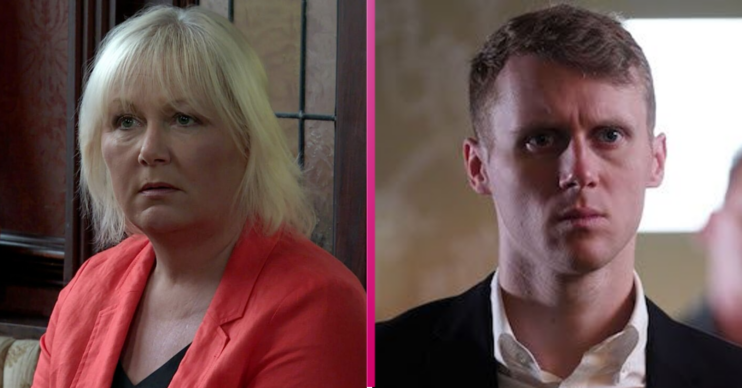 Use 'em or they may as well lose 'em

There are some soap characters that are completely underrated in Emmerdale, Coronation Street and EastEnders.

Whether they are underused or overused – they are characters that have the potential for greatness but are being wasted.

Here are five characters who should be better utilised by the soap gods.

This one might be a hard sell but Mackenzie Boyd has all the potential of an Emmerdale classic.

He’s connected to a beloved character (Moira, for the avoidance of doubt), he’s morally ambiguous and his sexually ambiguous.

If there’s a scheme or a chance to flirt he would be there, causing chaos.

But he’s not really been allowed to.

A brief flirtation with Aaron Dingle came to nothing, though his romps with Charity Dingle have developed as much as anything can in a pandemic.

His scheming has even been cut back – with his war with Kim Tate all but forgotten.

At the moment he’s wandering around like a lost puppy and he is in desperate need of a storyline to cement him into the village.

There was a time when you couldn’t watch an episode of Corrie without seeing Eileen snarking on the switchboard.

She has had a long-running and hysterical feud with Gail Platt for the past 20 years – not that you’d know it nowadays.

Instead of brawling on the cobbles over their latest man, Eileen seems to be doing nothing of note.

Turned into the matron of the boarding house of the street, Eileen commands an army of waifs and strays unwelcome elsewhere.

But she’s not had a decent storyline to sink her teeth into since her husband outed Phelan himself as a serial killer and she had to shove him off a lighthouse.

More recently she’s been slinking around with funeral director George Shuttleworth but she’s worth so much more.

There are some soap characters that you just know are going to be there for decades.

They wander around, flitting between families and storylines, timeless as the soap itself.

Jay Brown is not one of those characters – he’s just lost.

He hasn’t had a storyline of note since he ended up on the sex offenders’ register for accidentally sleeping with a 15 year old.

And as misjudged as that was, his romance with Honey Mitchell – his former foster mother – might just top it.

With so much potential, Jay is more like a glorified extra these days and it has to end.

Go back a few years and Corrie was ruled by one woman – Michelle Connor.

No matter the storyline she was in it – somewhat inexplicably – but with good reason.

It has not rubbed off on her sort of son.

Instead Ryan has been reduced to mere decoration. A hunky pawn being moved about the board by more forceful (read annoying – Daisy, Alya etc) personalities.

He’s lacking agency, personality and most importantly a storyline of his own.

Never has so much storyline been so wasted on character development.

Harriet has sullied the church by romping in the vestry – and that was before she buried Malone in a shallow grave.

For a while it was the only church in the country where the congregation kept rising. If she wasn’t doing the dirty with Cain, then she was sullying the vestry with Will.

And if neither of those were available then her frock was flying off for Malone. Never mind a dog collar, Harriet needed a turnstile for most of the last decade.

She is a phenomenally layered character played expertly by Katherine Dow Blyton – when she’s allowed.

Underused and underrated – Harriet needs to be at the forefront of Emmerdale where she belongs.

Which Emmerdale, Corrie and Easties characters do you think need more TLC from the writers? Leave us a comment on our Facebook page @EntertainmentDailyFix and let us know what you think!