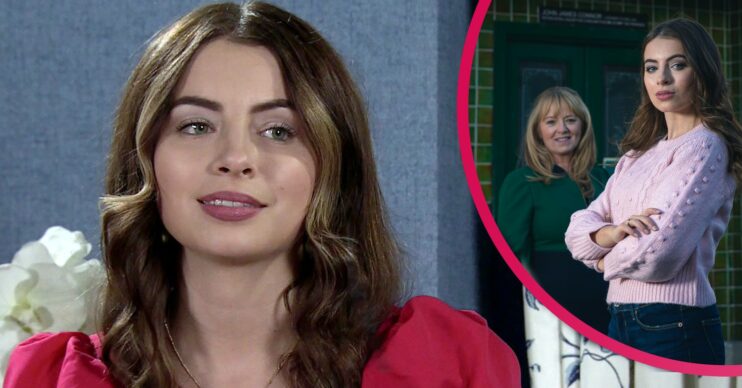 Who is Daisy in Coronation Street and who plays her? Actress Charlotte Jordan starred in Netflix series

Daisy Midgeley arrived on Coronation Street last year to visit former stepmum Jenny, however she decided to stick around.

But what do we know about Daisy?

Who is Daisy in Coronation Street?

Daisy Midgeley is the former stepdaughter of Jenny Connor.

Jenny was once married to Daisy’s father, who is known as Mr Midgeley.

It has never been revealed what happened to Daisy’s biological mum, but she has said that Jenny is the closest thing she has to a mother.

Read more: Who plays Isla’s husband in Coronation Street? Greg Snowden has been in the soap before

Daisy also had a younger half-brother called Tom, who was the son of Jenny and Mr Midgeley.

However Tom died shortly before his fifth birthday. He drowned in a paddling pool.

His death led to Jenny and Mr Midgeley’s marriage breaking down and they eventually divorced.

Recently Daisy revealed her dad has remarried and he and his new wife have had another baby, meaning Daisy has another younger half-sibling.

She currently lives and works in the Rovers with Jenny.

Is Daisy in a relationship with Daniel Osbourne?

When Daisy first appeared in Corrie, she was in a relationship with a man named Lee. However Daisy decided to stay at the Rovers with Jenny and soon ended things with Lee.

Daisy soon started to grow closer to Ryan Connor, even though he was in a relationship with Alya Nazir.

Daisy managed to trick Ryan and Alya into thinking he cheated on Alya with her.

However she soon set her sights on Daniel Osbourne when she learnt he had been given a house and had money.

Eventually Daisy and Daniel actually started to bond when she told him about the death of her brother.

The two seem to be growing closer, but will their romance last?

She also played Serena in Summer in Transylvania from 2010-2011.

Although Charlotte is credited and known as Charlotte Jordan, during her stint on The Bill she was credited as Charlie Evans.

What do we know about Charlotte Jordan?

Read more: Has Gemma Oaten left Coronation Street already? Will Isla be back?

Although Charlotte seems to keep her personal life private, it appears she does have a boyfriend.

She also has an adorable dog named Olive.