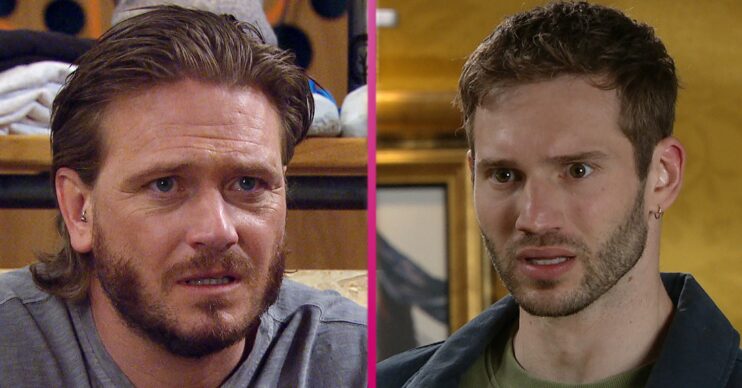 All of this week's episodes are available on ITV Hub

During the Euros, Emmerdale will be uploading the full week’s episodes to ITV Hub each week, but when do new episodes of Emmerdale drop on ITV Hub?

While the episodes are available on ITV Hub, the will continue to air throughout the week, at slightly different times due to the Euros.

Read more: Emmerdale SPOILERS: Billy in danger as he’s accused of being a paedophile?

When is Emmerdale on next week?

If you would prefer to wait until the soaps air, here is the schedule for this week.

On Monday (June 21) Emmerdale will be on for an hour at 8pm. There will be another hour long episode at 8pm on Wednesday (June 23).

On Thursday (June 24) there will be two half an hour episodes. The first episode will be at 7.30pm and the second will air at 8.30pm.

On Friday (June 25) there will be a half an hour episode at 7pm.

SPOILERS: What happens in next week’s Emmerdale?

This week Noah discovers Will has Diazepam in his toolbox and tells Jamie.

Jamie gets photographic evidence and shows Kim. She’s heartbroken to think Will is the one who’s been poisoning her.

Later she asks him why he has Diazepam and he tells her it’s for his nerves, but she isn’t buying it.

Kim comes up with a plan to catch Will spiking her drink on camera. When Will is called up to Home Farm on his day off it looks like he’s falling into her trap.

Later Jamie receives a call from Home Farm and rushes off, worried.

As he gets to Home Farm he’s horrified to find Will being arrested and Kim’s lifeless body on the floor.

Soon a body bag is being unzipped ready for her body…

This week’s episodes are all available to watch on ITV Hub.

Will you be watching next week’s episodes of Emmerdale? Leave us a comment on our Facebook page @EntertainmentDailyFix and let us know.