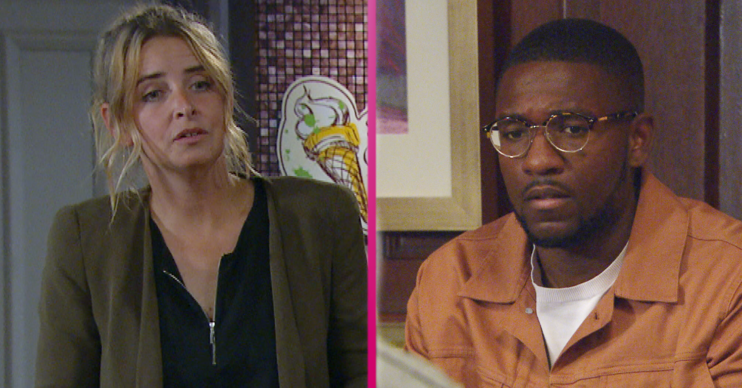 What time is Emmerdale on tonight? Soap schedule has changed

Emmerdale is on earlier than usual

Emmerdale is usually on every weeknight at 7pm with an extra episode at 8pm on Thursdays. However tonight (Thursday, September 2 2021) the schedule is changing.

Tonight Emmerdale will air at the slightly earlier time of 6.45pm. The episode will finish at 7.15pm.

The reason for the schedule change is the Live International Football will be on from 7.15pm until 10pm.

Is there an extra episode of Emmerdale?

On Tuesday (August 31) ITV aired an hour-long episode of Emmerdale. If you missed the episode it’s available to watch on ITV Hub.

Spoilers: What happens in tonight’s episode of Emmerdale?

Tonight Ethan is still privately worried Eddy might have given him HIV.

Ethan meets up with Eddy in the Woolpack and he tells him that his results have confirmed he’s HIV positive.

The news makes Ethan even more fearful ahead of his impending results.

Meanwhile Ryan is storing stolen goods in one of Moira’s barns and has been selling it online.

Recently Matty found Ryan’s counterfeit aftershave and confronted him over it.

Tonight Charity starts to suspect that Ryan and Matty are up to something.

She can’t help but interfere, but will she make things worse?

Meanwhile Tracy was recently taken to hospital as she revealed she was struggling with post-natal depression.

She is currently staying in hospital, but is she going to be okay?

Emmerdale airs tonight at 6.45pm for half an hour on ITV.