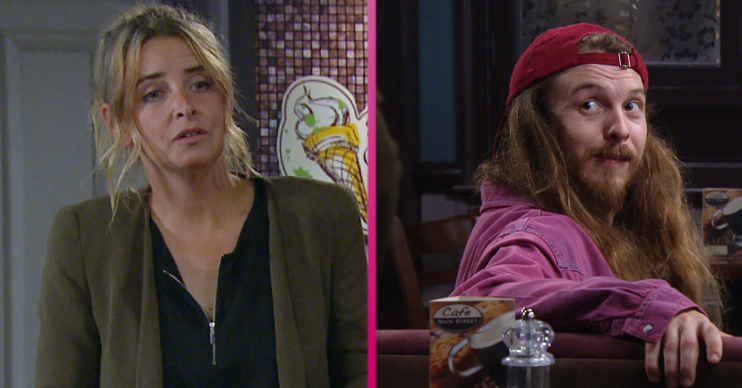 Emmerdale spoilers for tonight reveal Ethan gets some news from Eddy.

Meanwhile Charity can’t help but interfere with Ryan and Matty.

Emmerdale spoilers: Ethan gets some news from Eddy

A couple of weeks ago, Ethan had a one-night-stand with a guy named Eddy. Shortly afterwards, Eddy got back in contact with Ethan.

He explained that his ex-boyfriend had cheated on him when they were together and his ex was HIV positive.

Eddy revealed he was getting tested and Ethan decided to do the same.

Tonight Ethan is still privately worried Eddy might have given him HIV.

Ethan meets up with Eddy and he tells him that his results have confirmed he’s HIV positive.

The news makes Ethan even more fearful ahead of his impending results.

Currently Ryan is storing stolen goods in one of Moira’s barns and has been selling it online.

Recently Moira’s son Matty found Ryan’s counterfeit aftershave and confronted him over it.

Tonight Charity starts to suspect that Ryan and Matty are up to something.

She can’t help but interfere, but will she make things worse?

Will Leyla tell Liam the truth?

Currently Leyla is hiding the fact she’s pregnant from her husband Liam, as he is still grieving for his daughter Leanna, who died in July.

She recently told her friend Priya that she’s pregnant and Priya encouraged her to tell him the truth.

Will Leyla tell Liam about her pregnancy?

Emmerdale airs tonight at 6.45pm for half an hour on ITV.