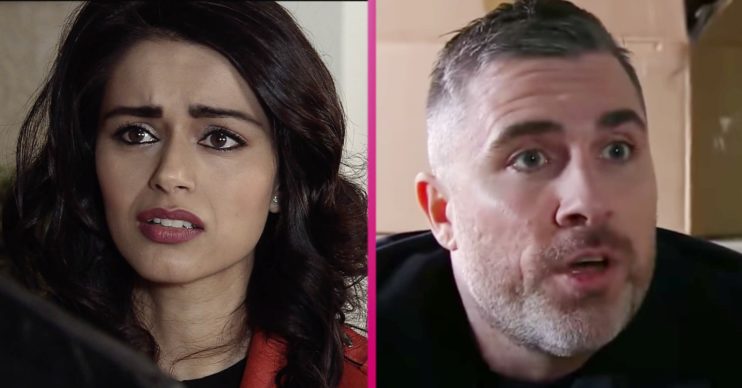 What happened to Rana in Coronation Street? How is Kelly’s dad Rick involved in her death?

Rana Habeeb was in Coronation Street from 2016 until 2019. But what happened to her?

In tonight’s episodes of the ITV soap (Monday, March 29) Imran told Toyah that social services agreed Kelly could be placed with them.

Later the couple took Kelly out to celebrate her moving in. Soon Kelly apologised to Imran for her dad’s involvement in his sister’s death.

But he assured her he wouldn’t judge her. What did Rick have to do with Rana’s death?

Rana in Coronation Street: Who is she?

Rana was the daughter of Hassan and Saira Habeeb. She is also the sister of Imran.

Rana married Zeedan Nazir in 2016. However it wasn’t long before she began an affair with Kate Connor.

After splitting from Zeedan, Rana and Kate planned to marry in 2019.

Rana in Coronation Street: How did she die?

Rana was due to marry Kate in March 2019. The couple were preparing for their big day, but Rana needed to go to Underworld Factory to collect her bag.

But at the time, the factory workers were protesting and Sally and her sister Gina were up on the roof. As the two sisters began arguing, Sally fell through the roof and the roof came down on the employees.

At the time Rana was in the office and at first no one realised she was in the factory. Emergency services tried to reach her but more rubble fell on to Rana.

Eventually Kate was allowed into the building to be by Rana’s side. But Rana died from her injuries, leaving Kate, Imran and her best friend Alya devastated.

How was Rick involved with her death?

Eventually it was revealed someone had tampered with the factory roof, but it wasn’t revealed who.

Before the collapse, Carla had hired Gary Windass to do some minor repair work on the roof after the boat fire, which happened just outside the factory.

But Gary told Carla he discovered the roof was structurally unsafe after Pat Phelan had done a botched job on it.

He recommended major repairs but Carla was worried about the costs and insisted they put the big repairs on hold till they could afford it.

After Rana’s death, Carla began to struggle with her mental health, blaming herself for what happened to her sister’s fiancé.

However it was later revealed that the roof collapse was caused by Gary. Gary had been struggling for money and needed the work, so he damaged the roof in order to get the job.

But it backfired when the whole roof came down. In June 2019, three months after the factory roof, Gary ended up killing loan shark Rick Neelan.

As people questioned Rick’s disappearance, Gary told Rick’s daughter Kelly that her dad fled the country to get away from the police.

Later, Gary pinned the factory roof collapse on Rick. He claimed he owed Rick, who was a loan shark, a lot of money, and when he couldn’t pay it back, Rick got revenge on him by damaging the factory roof, as he knew Gary was working on it.

However what Imran doesn’t know is that Gary was the one who damaged the roof and it actually had nothing to do with Rick.

Will the truth ever come out?