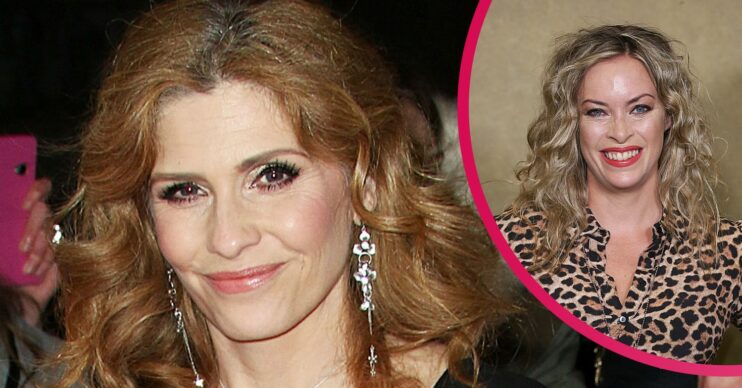 The Bernice Blackstock actress is a follower of Wicca

Samantha, who plays Bernice Blackstock in the soap, is a self-proclaimed witch and has previously revealed she practices Wicca – a religion based on ancient witchcraft traditions.

She started by clarifying: “I just want to point out I was doing other things to get pregnant. I don’t think we need Dr Chris back to explain that! I didn’t just go in a cauldron, by the way, and a stork arrived!”

She explained: “The lovely Samantha Giles, who plays Bernice, is a follower of Wicca.

“People had said to me, ‘Have you ever spoken to Sam as she does spells and charms and she can do a charm for you’ because I was trying to get pregnant at the time.

“It was one of three things… Wicca is all about harnessing the power of nature and you do a spell with charms and stones around the moon, and the timing of the new moon.

“It is either complete coincidence I got pregnant within three weeks of doing this spell. Or it made me relax and laugh as my partner went up on the roof to try to get the stone in the highest part of the house.

Holly Willoughby replied: “The moon is a powerful thing.”

What else has Samantha Giles used wicca for?

Samantha appeared on morning show Lorraine in 2017 and spoke about the spell she cast to find her husband, Sean.

She told the host: “I cast a love spell before I met him to find the right person.

“It’s not as bonkers as it sounds because lots of people are into manifesting. A lot of people have read The Secret, it’s ritualising it and using all kids of things.

“I use candles and crystals and I wrote down exactly what I was after and when I met Sean and he was everything that I asked for.”

The star went on to reassure Lorraine, 57, that she only practices white magic.

Samantha added: “You can’t do anything bad because it just comes back on yourself three fold.”

Samantha returned to Emmerdale earlier this year after leaving in 2020 to explore other avenues, including writing  children’s books.

She also launched her own website earlier this year selling spells, charms and crystals.

What do you think of Emmerdale star Samantha Giles helping Sharon? Leave us a comment on our Facebook page @EntertainmentDailyFix and let us know what you think!