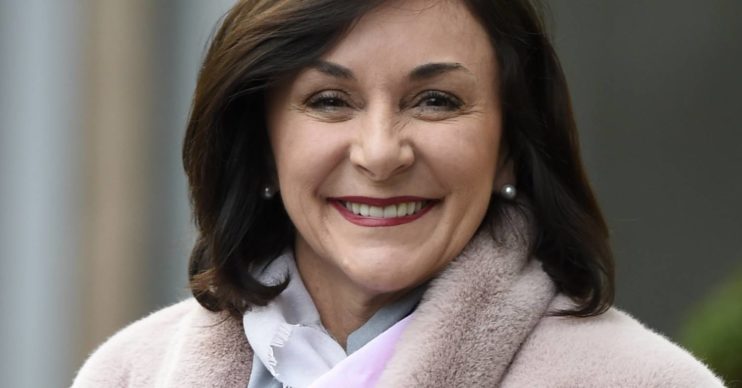 Shirley Ballas, Strictly Come Dancing‘s head judge, has revealed she is in talks with Coronation Street bosses about appearing on the soap.

The star is desperate to tango down the cobbles.

She has even written to Corrie bosses to get the wheels in motion and make her dreams come true.

What has Shirley Ballas said about appearing on Coronation Street?

“I want a role on Coronation Street, dear — to be the dance teacher on The Street,” Shirley told The Sun.

“I’ve written to the producers and they’re having a chat. I would go there and play holy havoc. I’d bring the dance curse.

Read more: Coronation Street SPOILERS: Ray reveals his plans to kick the Platts out of their home

“When the theme music comes on, the hairs on my arms stand on end. It’s been a favourite since I was a child. I’d love to teach Ken Barlow cha-cha-cha, and a bit of rumba with Steve McDonald.”

The 60-year-old TV star previously received a letter showing her digging her own grave.

Shirley replaced former head judge Len Goodman on the BBC show back in 2017.

Opening up on the vile message, Shirley said: “More recently, a death threat was delivered by hand to where I was appearing in pantomime.

“This one showed a figure of me digging my own grave, with the message, ‘Do you realise how much you are hated?

“‘The country hates you. How did they ever give a job to someone like you, you old witch’.”

However, Shirley feels that her tough upbringing and experience of bullying helped her to cope with the death threats.

During her time on Strictly, Shirley has also become a target for social media trolls.

But the dancer refuses to lash out, due to fears the trolls may be vulnerable like her brother David, who took his own life 17 years ago.

According to The Sun, Shirley wrote in her Behind The Sequins memoir: “If I can do good for someone by reacting like this, then I feel I’m doing my bit to protect and honour his legacy.

“It’s my way of trying to create something positive out of the biggest sorrow of my life.”