Soap spoilers for next week see Emmerdale’s Harriet come up with a shocking way to punish herself for her crimes.

Meanwhile, a beating from Paul leave Vinny’s life on the line and Mack reveals dark secrets from his past. 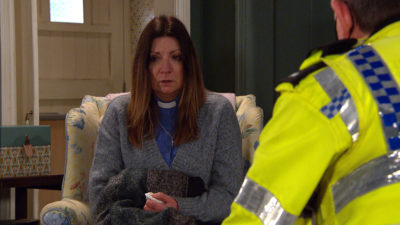 Will panics when missing Harriet returns home with PC Swirling.

He’s shocked to hear she’s been at the station ranting about a body.

Will covers by telling the police that Harriet’s talking about the exhumation.

The police eventually leave, satisfied there’s nothing sinister going on. 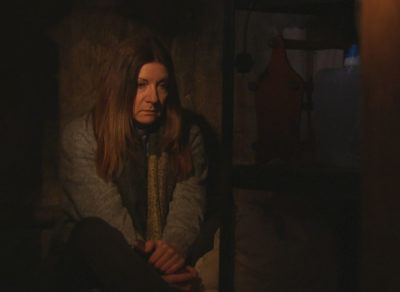 But Harriet wants to be punished for her crimes and asks Will to lock her in the cellar.

Will is uneasy but goes along with Harriet’s self-imposed punishment.

He takes away her mobile phone and shuts her in the basement. 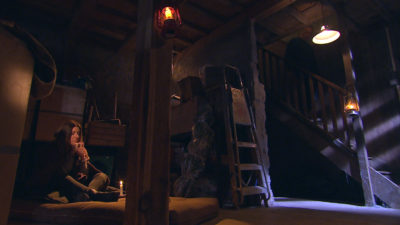 Will lies to Dawn that Harriet has gone away to a religious retreat.

But how long will Harriet last in exile?

And how long before Will cracks and tells Dawn the truth?

Read more: Who is Belle Dingle in Emmerdale and what happened between her and Jamie Tate? 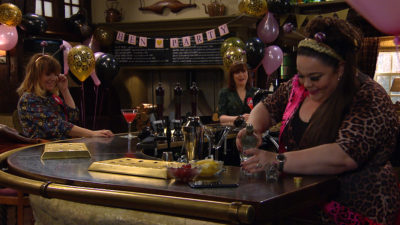 Loved-up Mandy is excited as her hen party gets under way.

She’s completely oblivious to the sort of man she is planning to marry. 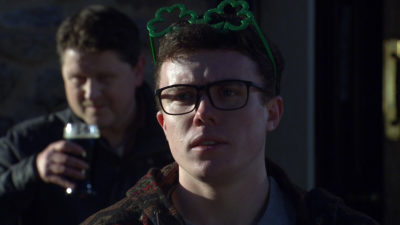 Meanwhile, Vinny is suspicious when Paul gets the details of his kidnapping mixed up.

Vinny tells Liv about the inconsistencies and is determined to get answers.

At the scrap yard, Vinny tells Paul he saw the van he was kidnapped in just down the road.

Paul panics that is cover is about to be blown and angrily calls Connor. 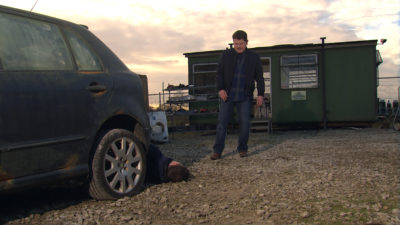 He threatens to tell Mandy, so a desperate Paul lashes out to silence him. 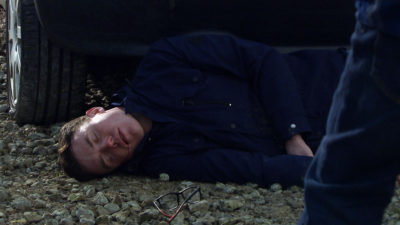 Vinny collapses to the ground and lies motionless.

As blood trickles from Vinny’s mouth Paul stares at his lifeless son.

Has he just killed him, or will Vinny be okay? 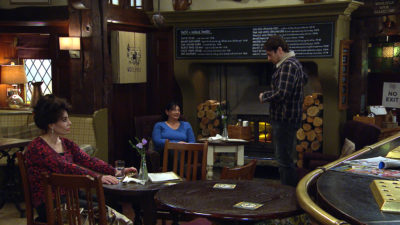 Still determined to dig up dirt on Mack in a bid to get Cain on side, Faith does some detective work. 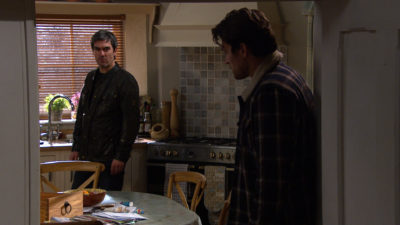 Faith breaks into the farm to find evidence, but Cain catches her red-handed.

However when Faith reveals what she has found, Cain is speechless.

Moira gets home to find Cain and Mack fighting and it’s not long before Cain spills Mack’s secret. 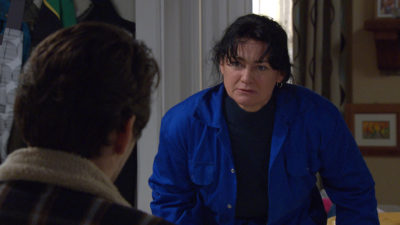 Distraught Moira can’t believe what she is hearing, but that’s not all Mack’s been hiding.

Mack then tells Moira another secret, leaving her reeling.