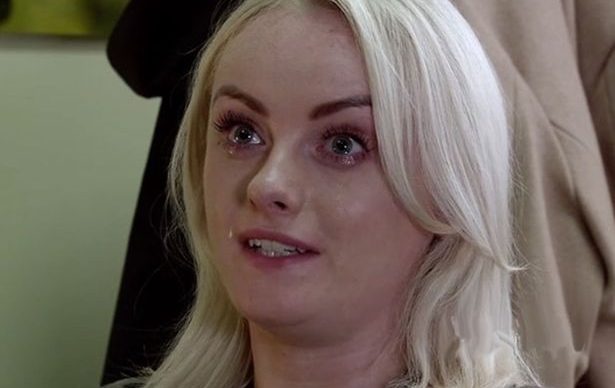 Sinead’s nurse in Coronation Street previously played another character in the soap!

Did you recognise her?

Sinead Tinker’s storyline in Coronation Street has left viewers with tears streaming down their faces, but some were still able to spot a familiar face through their misty eyes.

This week, after Sinead was given the horrifying news that her cervical cancer had spread to her liver and lymph nodes, the new mum was met with a nurse at a local hospice.

And some viewers might have recognised her… It’s not the first time she’s been in Weatherfield!

Sheila, the care worker who showed Sinead and husband Daniel Osbourne around, is played by Helen Sheals – who briefly played Lilly Richardson in 2009.

Downton Abbey fans will know the actress from her role as the village post mistress Mrs Wigan, a recurring character who appeared in a handful of episodes.

@katiemcglynnxx #Sinead #Corrie #KatieMcGlynn playing a blinder, who is Sinead's chemo nurse, as she looks familiar

At least one soap fan noticed the actress, tweeting: “Katie McGlynn playing a blinder. Who is Sinead’s chemo nurse, as she looks familiar?”

Raji James played Ash Ferreira in EastEnders between 2003 and 2005.

Sinead was diagnosed with cervical cancer in 2018 and delayed treatment because she was pregnant, but Sinead discovered last week that her cancer had returned and spread to her lymph nodes and her liver.

Sinead is now left with the heartbreaking task of planning her final days, which included visiting a hospice to explore her options.

Did you recognise Sinead’s nurse? Leave us a comment on our Facebook page @EntertainmentDailyFix and let us know what you think!