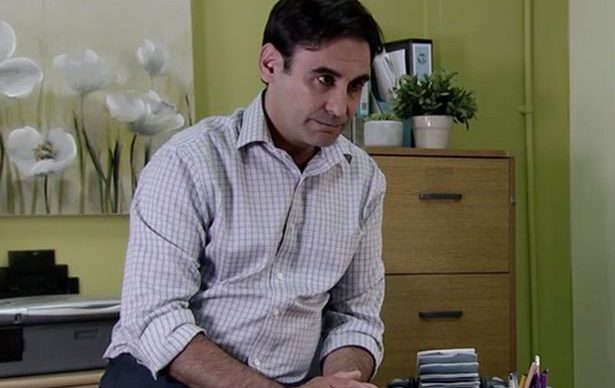 Did you recognise him from EastEnders?

Coronation Street fans were absolutely heartbroken last night, when Sinead Osbourne was given the horrifying news that she’s got just months to live.

Her oncologist Dr Merchant delivered the devastating diagnosis that her cancer had spread to her liver and lymph nodes – leaving her with three to four months maximum.

Eagled-eyed fans – and those not dabbing at their tears with tissues – would have noticed that Sinead’s doctor was a very familiar face on TV and in soaps.

Ash lived in Walford between 2003 and 2005 – a part Raji landed after a two-year stint on police drama The Bill as DS Vik Singh.

The Ferreiras – an Asian family of Goan descent – were introduced to Walford in 2003, and moved into Mark Fowler’s old home.

Sadly, the father and his four kids were blasted by viewers for being “boring”, “annoying” and “unrealistic”.

The family were eventually axed in 2005, after just two years, with writer Tony Jordan branding them the “least successful characters [he] created”.

He also played Torchwood Institute lab doctor Rajesh Singh in the Doctor Who episode Army of Ghosts, who was killed by the Daleks in the following instalment Doomsday.

Film buffs might remember Raji from his role as Abdul Khan in huge 1999 hit East Is East.

Interesting fact for you – in The Bill, the actor playing Sinead’s doctor played a detective who was killed by a petrol bomb during a riot organised by a character played by the actor playing Michelle’s boss. #Corrie

Raji first appeared in Corrie as Sinead’s doctor in October 2018, when Daniel finally found out the truth about Sinead’s cancer diagnosis.

A tormented Daniel then hounded the oncologist for answers and demanded to know why she hadn’t started treatment.

It was then that he discovered that it was her choice not to start the treatment until later so as not to harm her unborn baby.

Did you recognise Raji from his previous roles?

One viewer watching from home did, and tweeted: “Interesting fact for you – in The Bill, the actor playing Sinead’s doctor played a detective who was killed by a petrol bomb during a riot organised by a character played by the actor playing Michelle’s boss. #Corrie.”

Do you remember Raji from EastEnders? Leave us a comment on our Facebook page @EntertainmentDailyFix and let us know what you think!