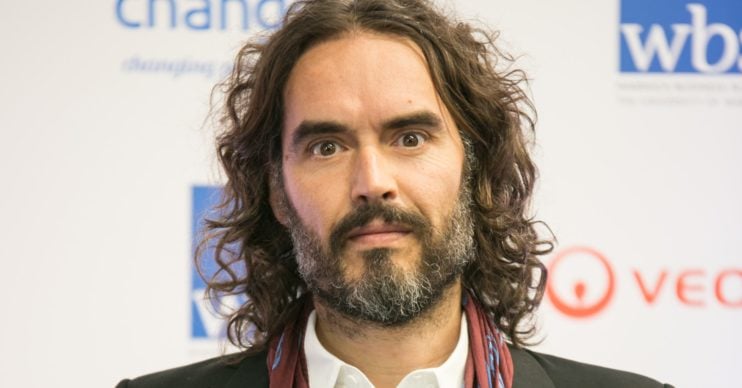 He will star as himself in a scene with Toadie

Russell Brand’s guest appearance in Neighbours has been teased in a new trailer.

Russell shot his scenes in the midst of his book tour while Down Under.

Sometimes you stop by Harold’s for a coffee, other times you meet Russell Brand! Don’t miss this epic cameo, tonight 6:30pm on @10peachau #Neighbours @russellbrand

During his scene with the comedian, Toadie says: “You’re Russell Brand! What are you doing here?”

And then, a star-struck Toadie replies: “That’s awesome.”

The clip has been posted on the official Neighbours Instagram page.

It’s been captioned: “Sometimes you stop by Harold’s for a coffee, other times you meet Russell Brand! Don’t miss this epic cameo, tonight 6.30pm on @10peachau #Neighbours @russellbrand (sic)”

UK fans will have to wait until July to see it on our screens.

Why is Russell on Ramsay Street?

Jason Herbison, the executive producer of Neighbours, revealed earlier this year that the show’s bosses had invited Russell to the set after discovering he was a huge fan of the soap.

Speaking back in March, he explained: “As it turned out, we were filming an upcoming storyline that gave an organic reason for him to pass through Ramsay Street and we’re not just about his comedic talent – his literary genius plays a huge part.”

Similarly, pop star Jess Glynne previously filmed a cameo in Neighbours, admitting at the time that it was one of her big ambitions.

She said: “My family are so, so excited I’m doing it, it’s a huge moment for them.

“It’s one of those things that I just couldn’t ever imagine doing so I have really had a bucket list moment and to be able to sing on the show is amazing. It was also great to meet the cast.”

Are you looking forward to seeing Russell in Neighbours? Leave us a comment on our Facebook page @EntertainmentDailyFix and let us know what you think of this story.