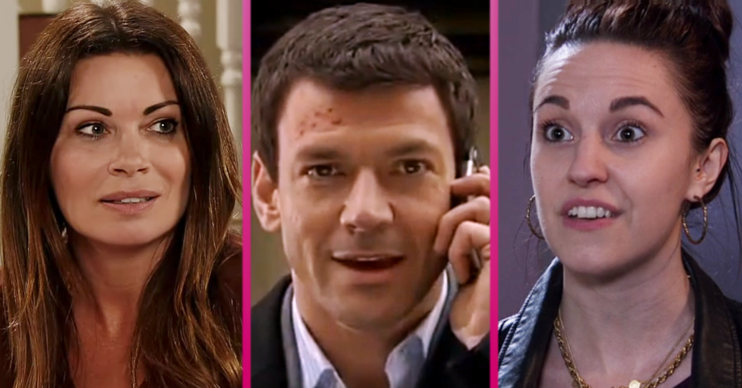 Coronation Street fans have predicted that newcomer Chelsey is a relative of Tony Gordon.

Last week, Chelsey began snooping around the Street and had an interest in Carla.

In last night’s episode (Monday, June 15) she confronted Carla and told her she was the woman whose squat Carla stayed in last year when she was living rough.

But Chelsey wasn’t there for a catch up and began demanding Carla paid her a grand in order to make up for the drugs she flushed down the toilet.

She then threatened to tell Peter about what she really got up to if she didn’t get the money.

However viewers think that Chelsey has another connection to Carla and that she is related to her ex-husband Tony Gordon.

Who is Tony Gordon?

Tony Gordon was Carla’s second husband who was on Coronation Street on and off from 2007 until 2010.

He proved to be dangerous when he discovered Carla was cheating on him with her former brother-in-law Liam Connor.

He arranged to have Liam killed in a hit and run. The businessman later attempted to kill Jed Stone and Roy Cropper.

He tried to get his revenge on Carla and Roy, blaming them for his imprisonment, by taking his ex-wife and Roy’s wife Hayley hostage in the factory.

Tony let Hayley go as he wanted to die with Carla. He proceeded to set fire to the factory but Carla managed to get out.

The prisoner ended up dying as the factory exploded.

Does Tony have any family?

Before being married to Carla, Tony was married to a woman named Lindsey who made a few appearances.

Tony also has a brother named Pat, who appeared at his wedding to Carla.

Could Chelsey be a relative of Tony’s? Or potentially his daughter?