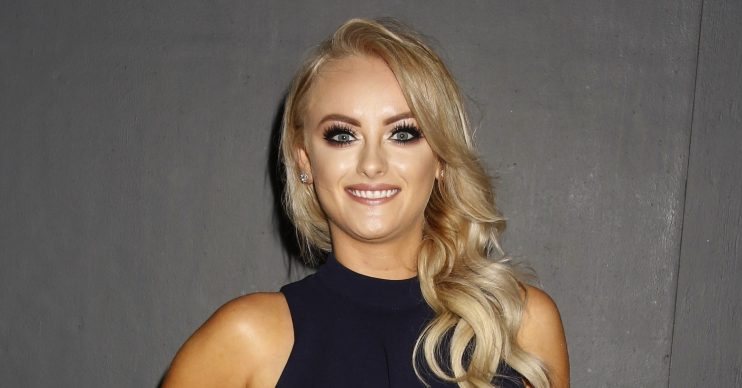 The actress has been cast in the new series of Kay Mellor’s The Syndicate.

Katie will play a tough single mum who is “rough around the edges” in the BBC drama, that’s set to start filming soon.

“I’m so excited,” Katie spilled to OK! magazine. “My agent rang me a few days after the NTAs and said that Kay Mellor wanted to see me.”

Admitting she has always wanted to work with writer Kay, Katie added: “I was so nervous because I’d only played Sinead for seven years, but Kay was lovely and really put me at ease.

“The character is completely different to Sinead, which I love.

“She’s a single mum and she hasn’t got a lot of money.”

Although lockdown has meant filming was postponed, the actress revealed they were hoping to start in August.

Katie also confirmed she has auditioned for some American stuff. However, her plans to travel to LA have been put on hold until next year due to the coronavirus pandemic.

The rumour mill has long been alight that Katie would be a contestant in Strictly Come Dancing.

She added to the publication: “There’s always reports!

“I’ve had meetings for various things, that’s all I’ve got to say.

“It’s all rumours, but never say never. I love the show.”

Ever since Katie left Corrie rumours have been rife over what she would do next.

She was reportedly desperate to replace Michelle Keegan in Our Girl.

And after Michelle revealed she was quitting the soldier drama to spend more time in the UK, Katie wants to do what Michelle did for Lacey Turner and take over.

Speaking about replacing Michelle in the BBC army drama, Katie told New magazine: “I have got a tomboy streak in me, that would be good.

“I’d love to get an ITV gritty drama or Netflix series, something completely different.

But could it be Katie? Leave us a comment on our Facebook page @EntertainmentDailyFix and let us know what you think!