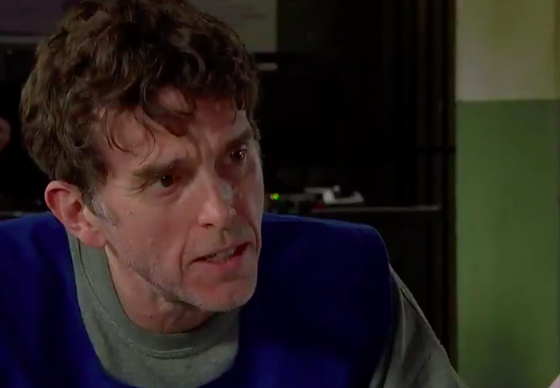 They want him to be freed

Marlon Dingle is still languishing in jail for a crime he didn’t commit, and Emmerdale viewers are livid with scriptwriters about it.

Some fans have called the plot “awful”, with what they call “astounding” errors.

On Tuesday night (February 4), Marlon was beside himself with worry when he was told that his daughter April had gone missing.

The schoolgirl has been struggling to come to terms with the fact she’s been separated from her dad, and had been told minors weren’t allowed to visit prison.

I must say that this has been some of the worst writing I’ve ever seen.

Of course, this was a lie concocted by Marlon to protect her from seeing him in such a sorry state.

However, last night, she found out it had all been a lie and the emotional little girl ran away.

When Mandy Dingle had the horrible job of visiting Marlon in jail and telling him the scary news, naturally he was terrified for his daughter.

Those watching from home were devastated for the wrongfully imprisoned dad, but others were furious with scriptwriters for the storyline.

Marlon was arrested and charged with the murder of Graham Foster, but fans believe the plot is full of errors as police had very little evidence against him – and so much against Pierce (if they’d looked for it).

Writing on Twitter, one said: “I must say that this has been some of the worst writing I’ve ever seen. I get that it’s a soap but the plot holes in this whole Marlon storyline are astounding. Give a few monkeys some typewriters and I’m certain they can do better.”

Another said: “Absolutely awful storyline, who didn’t see this coming…?”

how they won best slap over Hollyoaks this year i do not know .

No way Mandy could get to visit Marlon so quick in prison. You can't just turn up at a prison and ask to see somebody. Once again Emmerdale producers treating viewers like idiots!!!

This bloody marlon storyline in @emmerdale is ridiculous & it’s gonna drag I can tell!!!

A third said: “No way Mandy could get to visit Marlon so quick in prison. You can’t just turn up at a prison and ask to see somebody. Once again Emmerdale producers treating viewers like idiots!”

“This is embarrassing. Get new writers for goodness sake,” slammed one more, while another typed: “Becoming more unbelievable by the second.”

Previously, fans have criticised the plot for arresting Marlon with only circumstantial evidence, and ridiculed the Hotten police for failing to check Graham’s dead body for DNA.

Meanwhile, the real killer Pierce is creeping around the village undetected…