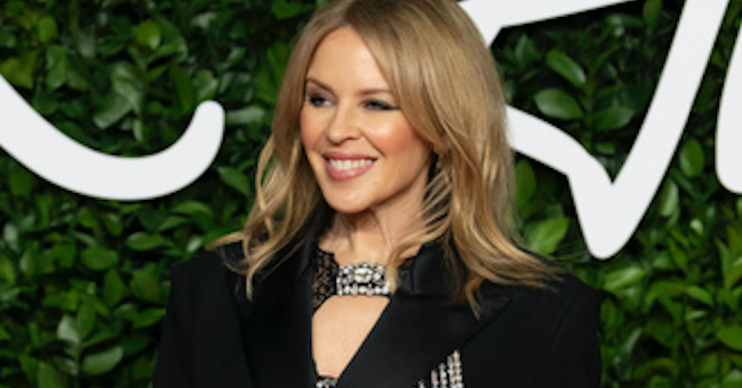 She made her first splash in showbiz on the soap

Pop icon Kylie Minogue got her Instagram followers very excited after posting a snap of herself in costume as Neighbours favourite Charlene Robinson.

Kylie, 51, played the mechanic daughter of Madge for just over two years in the late 1980s.

But her role in the Erinsborough soap is remembered particularly fondly in the UK, as her wedding to Scott Robinson (played by Jason Donovan) was watched by a whopping 20 million viewers when it aired on the BBC in November 1988.

Thousands of her two million Insta supporters went wild for the shot showing her armed with a wrench, in overalls and about to get to work under a car when the Especially For You star shared it yesterday (21.12.19).

And while many commenters posted multiple ecstatic emojis in reaction to the pic, others remarked on how the ageless beauty looked ready to go straight back onto the Ramsay Street set.

Read more: Kate Ferdinand says she and Rio ‘saved each other’ and that they’re planning for a baby

“Lmao sis how do you look exactly the same,” commented one impressed fan.

Many more enthusiastic fans were quick to post just how eager they are to see the Aussie Princess of Pop – who had her blonde curls unfurled – back on the soap, reliving their favourite moments of her on the show the first time around.

“This brings back so many memories of Charlene,” wrote one observer, enjoying the pang of nostalgia.

And another noted: “Still rocking those dungarees Miss Minogue.”

A third person simply stated in all caps: “OMG THIS IS THE CUTEST PIC EVER.”

Actress Rose Byrne was also among the commenters, reacting by offering claps in the form of emojis and the word: “Iconic!”

And although Kylie did not rule out a Neighbours comeback, it became clear she was posting to promote another programme she’s involved in.

She captioned the image: “Don’t forget to tune into my @itv ‘Kylie and mates’ message on Christmas Day, right before the Queen’s speech #sneakpeek #ad.”