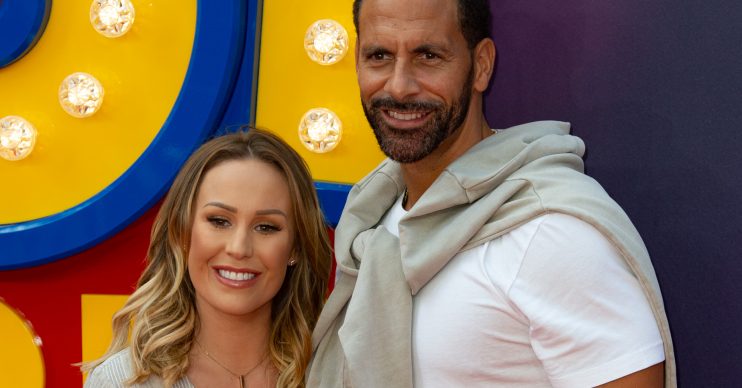 They've been through bad times

When former England footballer Rio Ferdinand and TOWIE star Kate Wright tied the knot in a lavish ceremony in Turkey in September, it was one of the biggest showbiz weddings of the year.

Now, Kate has revealed that the couple ‘saved each other’ during difficult periods in their lives.

Read more: Kate and Rio Ferdinand ‘shut down’ Nando’s for festive feast with loved ones

In an interview with The Sun, Kate, 27, said that she was “suffering from her mental health” and Rio, 41, was still trying to get over the tragic death of his first wife, Rebecca Ellison.

Kate admitted that she had been suffering with “anxiety, panic attacks and low self-esteem”.

“We really did save each other,” she said. “We have all been through bad times and yet we are all together. Going through so much brings you even closer.”

Kate also revealed that she and Rio would be open to having a baby together.

Rio has three children from his relationship with Rebecca – Lorenz, 13, Tate, 11, and daughter Tia, eight – and Kate admitted they all have their own preferences over wanting either a brother or a sister.

Maaaaaan, did I ever think I’d see these 3 as happy and as full of life again….probably not at certain times. A lot has been thrown in their young paths but the resilience & character they have shown has been amazing. Living under 1 roof with 4 people that inspire me daily is a blessing ❤️

Before their wedding, Rio shared an emotional message with his three children.

Posting an image of them on Instagram, he said: “Maaaaaan, did I ever think I’d see these three as happy and as full of life again… probably not at certain times.

“A lot has been thrown in their young paths but the resilience and character they have shown has been amazing.

“Living under one roof with four people that inspire me daily is a blessing.”