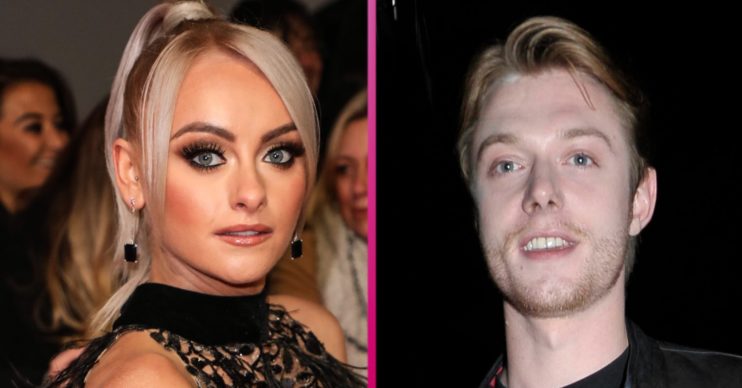 The chemistry is still there!

Katie McGlynn has shared a photo of herself and Corrie co-star Rob Mallard together again.

The former Coronation Street star, 27, looks fabulous in a floral pink slip dress as she flashes a tanned thigh.

What picture did Katie McGylnn share of herself and Rob Mallard?

The next photo shows them both doubled over in laughter.

The snaps appeared to be from Katie’s birthday last month, as she dubbed it – as she did in July – ‘McGlynnfest2020’.

Read more: Coronation Street: Is Abi going to be destroyed by fresh addiction?

Nevertheless, fans were made up to see the pair together and having a laugh.

One commented on the Instagram photo saying: “So miss Sinead and Daniel.”

Another replied: “Fab picture of you both, love your chemistry together!”

A third said: “Beautiful picture. Love you and @rob.mallard together in a picture!”

Rob, who still plays Daniel Osbourne on the show, was ‘devastated’ to lose Katie as a co-star. At the time, the 28-year-old said that the pair developed a strong bond while acting together on the show.

Katie is known for her role as Sinead Osbourne in Corrie, but she left the show in late 2019. She bowed out of the soap after her character’s heartbreaking death.

Why did Katie McGlynn leave Corrie?

Actress Katie said she had planned to quit the soap years ago but was convinced to stay by then-producer Kate Oates, with the promise of the cervical cancer storyline.

She told Fabulous magazine: “I’d just turned 24 and was on this big show, but I wasn’t doing much. I felt a bit lost. I’d come from a lot of drama at my previous job on Waterloo Road, where I was getting big, challenging storylines left, right and centre.

“I went to Corrie and I pinched myself that I was there, but the character took a while to develop to make her the quirky girl she became.

“I didn’t feel Sinead was reaching her full potential, and unless something really bad happened to her I didn’t think there was anywhere for her to go. She was too sweet, her life was very normal and I wasn’t sure about what to do.”