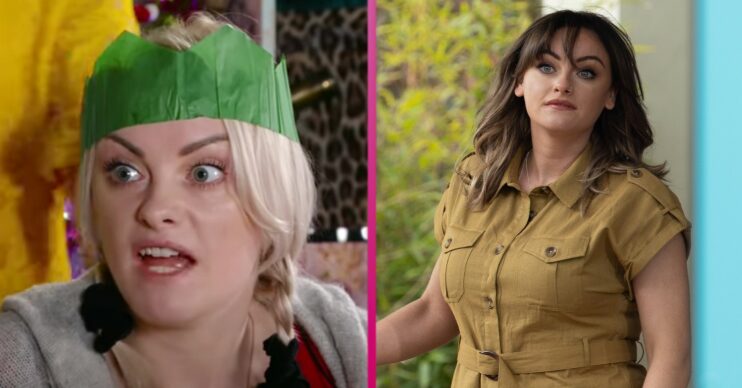 It was revealed that Becky will become friends with Diane as they bond over their newborn babies.

However, there’s more than meets the eye with Becky as it’s revealed Diane’s new pal has an ulterior motive.

But what could it be?

Hollyoaks spoilers for next week include pictures from Katie’s first appearance.

Next week Diane is still hiding the extent of her OCD. She convinces Tony that he needs to clean the flat with her.

Tony suggests they take Eva outside for some fresh air but Diane panics and refuses, insisting she isn’t ready.

After a call from the doctors, Tony discovers that Diane has been missing hospital appointments to check her blood pressure.

Soon new mum Becky meets Diane outside of the hospital.

Becky invites Diane to go for a walk which gives her an excuse to get out of the appointment.

At the park, Diane confides in Becky about her fears surrounding the safety of her children.

In return, Becky also opens up…

What will Tony say?

I’m hopeful the story will have an impact on viewers as it covers some extremely current and important issues.

Later, Diane goes to meet her new friend and it soon becomes clear to viewers that there’s more than meets the eye with Becky.

Is the friendship dangerous for Diane?

Tony tells Becky that Diane is fragile and he’s been worried about her mental health.

He thanks Becky for spending time with her and being there for her.

But, Hollyoaks being Hollyoaks, how long will it be before disaster strikes?

Talking about joining Hollyoaks, Katie said: “When I first read the script, I knew instantly that this storyline was an important one, and something that I could really sink my teeth into.

“I’m so excited for everyone to meet Becky and am thrilled to be working alongside the amazing cast and crew of Hollyoaks, especially the show’s producer Lucy [Allan], who I previously worked with at the beginning of my acting career on Waterloo Road.

“It’s been so lovely to be working with her again 10 years on.”

Katie added: “The whole team couldn’t have been any more welcoming so far and I’m hopeful the story will have an impact on viewers as it covers some extremely current and important issues.