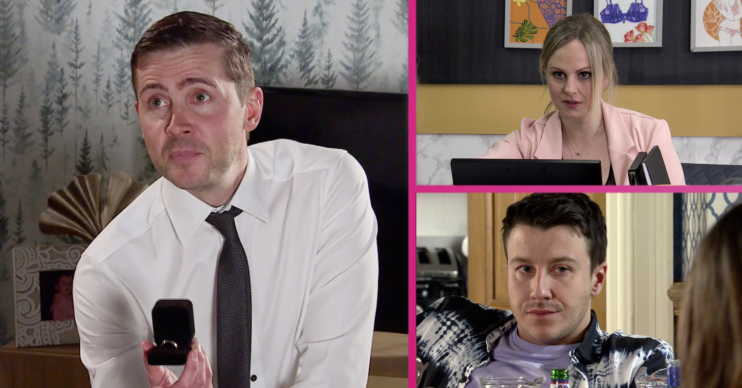 Will Ryan cheat on Alya? 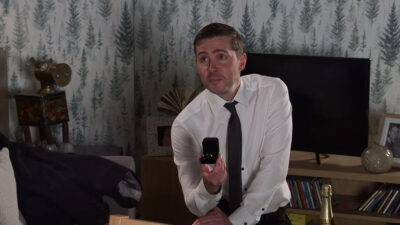 Paul finds Summer in Victoria Garden. When Todd tells her she’s avoiding her diabetes appointment, Paul offers to go with her.

Summer thanks Paul for going with her and confides in Billy how much she misses having him around.

Todd is determined to prove how much Summer can trust him and proposes to Billy. 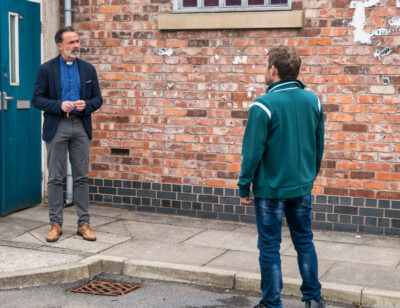 An ecstatic Billy and Todd announce their engagement.

Summer hands Todd a letter she found on the porch. When he opens it it says: “Don’t get too comfortable. Your lies will come out.” 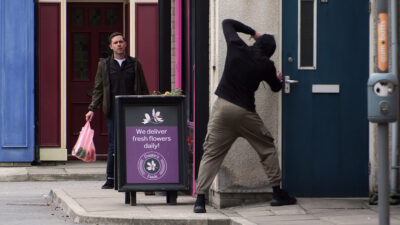 Todd assumes the note is from Paul and warns him off.

When Billy finds a helpline flyer with an abusive message on it Todd says Paul is behind it and Billy sets off to have it out with Paul.

Todd heads home and finds a hooded figure about to break into the flat.

Paul meets up with Ajay from the helpline and quizzes him about Todd.

2. Will returns to expose Todd’s lies? 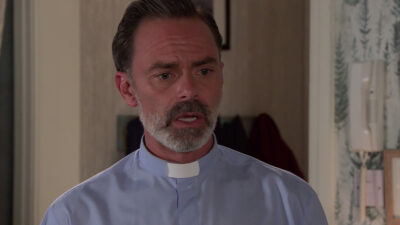 Later Will turns up and begs Summer to hear him out.

Billy and Todd are in Speed Daal when Summer comes in with Will and explains he broke into the flat.

Billy forgives Will and offers to help him find somewhere to live, meanwhile Todd tries to secure a loan, but fails. 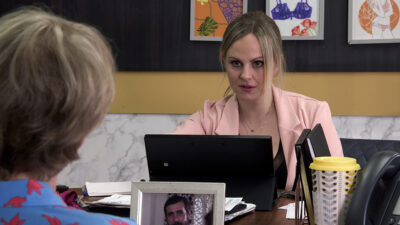 Sarah calls Izzy to chase up some samples and clocks a man in the background before Izzy ends the call.

Carla meets up with Jo Lafoe and presents her with Izzy’s samples but it’s soon clear they’re not up to standard.

Carla video calls Izzy and confronts her over her work. 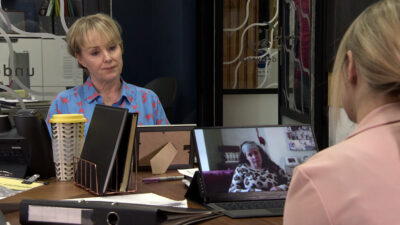 Carla tells Sarah that the situation with Izzy is untenable and if she refuses to come back they’ll have to get rid of her.

Sarah calls Izzy and makes it clear she wants her back at the factory.

When Izzy suddenly announces she would like to resign, Sarah tells Carla.

Sarah assures Izzy that she needn’t worry as the deadline for the order is flexible. 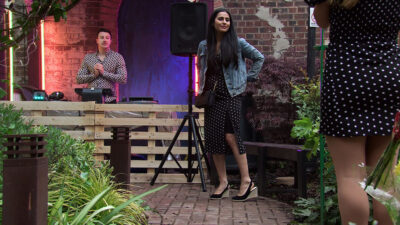 Alya tells Ryan they’re looking for a new trainee manger at the Bistro and he agrees to apply.

Daisy tells him she knows a way for him to make money DJ-ing rather than working at the Bistro.

Daisy and Ryan put a business proposal suggesting a mobile pub with a DJ that punters can hire and set up in their own garden. 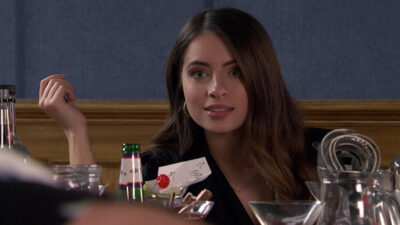 Later Alya asserts that Daisy fancies Ryan, but he leaps to Daisy’s defence.

When Ryan announces Daisy got him a DJ gig in Salford, Alya confronts Daisy.

Later Daisy tells Ryan about the confrontation and when his gig is cancelled, Daisy brings him into the Rovers backroom and gives him cocktails.

Alya calls the Rovers looking for Ryan, but Daisy keeps quiet and makes her move on Ryan.

5. Tyrone and Alina make an announcement Fiz tells Tyrone she needs to tell the girls about the baby. She says if he doesn’t tell them she will.

Tyrone and Alina break the news to Hope and Ruby that they’re going to have a baby brother or sister.

How will they react? 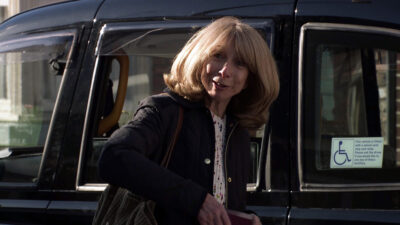 Natasha and Sam call to see Gail with a get well soon card.

When Gail tells them she’s going to Thailand the next day and doesn’t know when she’ll be back, an upset Sam rushes out.

Later Audrey, Nick, David and Shona wave goodbye to Gail as she leaves.