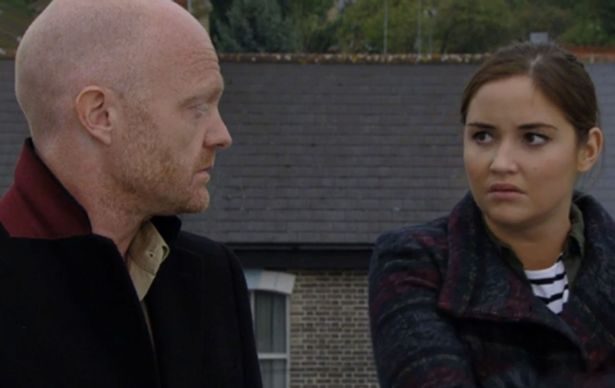 Jacqueline, who played Lauren Branning in the BBC soap from 2010 till 2018, posted the picture to her Instagram stories.

The picture showed Jake, who plays Lauren’s dad Max Branning, taking a selfie with Jacqueline who is in a stretcher smiling.

The caption said: “When you think you weren’t that drunk the night before then you check your snapchat.”

Jacqueline wrote on top of the picture: “Everyone stay safe this new year people.”

The picture appeared to be taken during filming the Christmas Day 2017 storyline which saw Lauren and her sister Abi Branning fall from the roof of The Vic as they attempted to help Max.

Although Lauren survived the fall with a fractured leg, pregnant Abi was declared brain stem dead.

Before Max and Abi’s mum Tanya made the decision to have her life support machine turned off, Abi’s baby was delivered by Cesarean.

After Abi’s funeral, Lauren left Walford with her son Louis.

Since leaving EastEnders, Jacqueline went on to win I’m A Celebrity… Get Me Out Of Here 2019.

The actress appeared in the series alongside Coronation Street’s Andy Whyment and former Olympian and reality TV star Caitlyn Jenner.

Recently viewers have begged for the character Lauren to return to EastEnders, even if it means she’s recast.

Would you like to see Jacqueline return to the BBC soap?