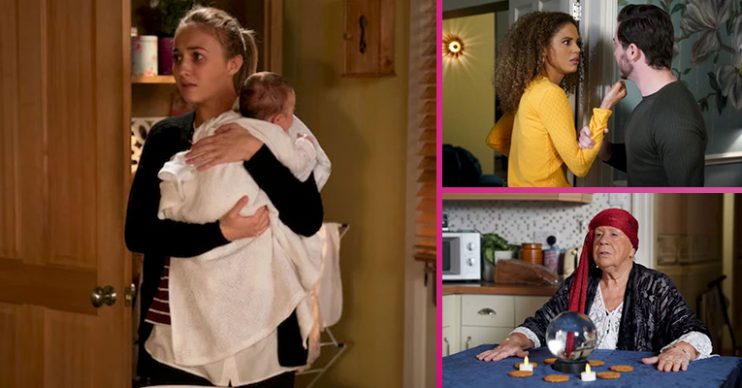 There’s trouble heading for EastEnders next week when the drama at the Mitchells’ continues, Whitney can’t get rid of Leo, and Chantelle ends up seriously hurt by Gray…

War at the Mitchells 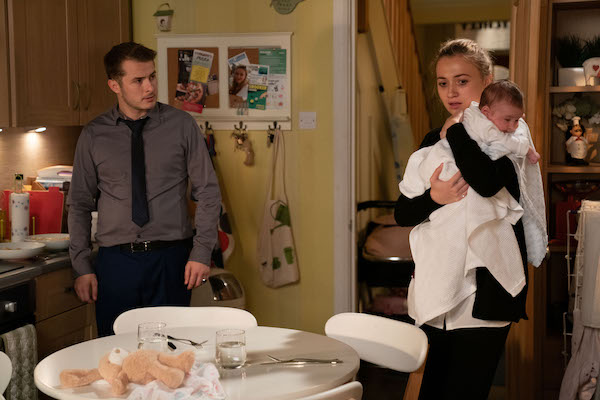 Louise is tired of the fighting at home and takes Denny and Peggy to the cafe to get away from it all. 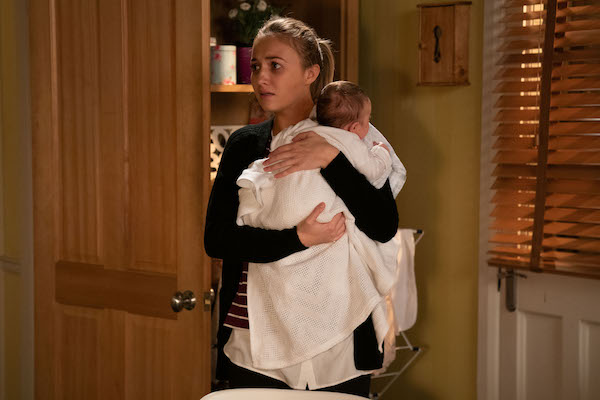 But later Ben has some harsh words for Louise when she berates him for talking about Sharon again. 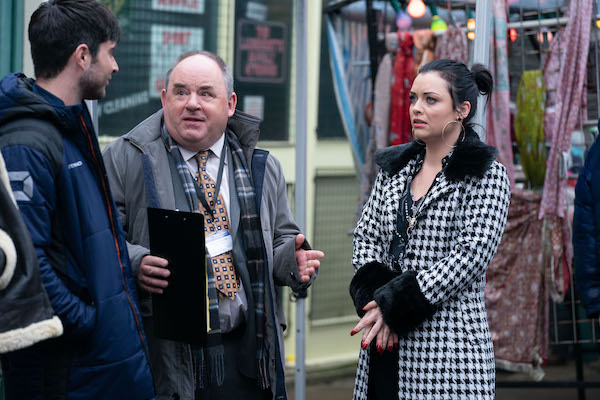 Whitney is surprised when a new stall holder is announced and it’s none other than Leo. 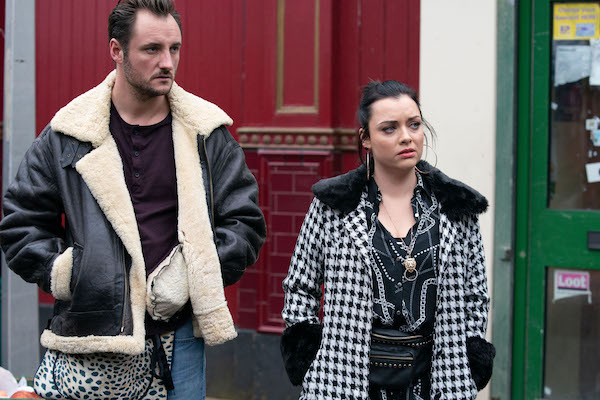 Whitney tries to get rid of Leo, but will it work? 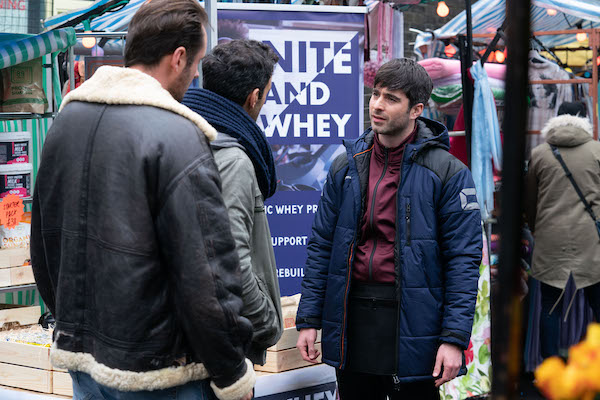 Kush and Martin try to make Leo realise that he isn’t welcome in the Square, but their words fall on deaf ears. 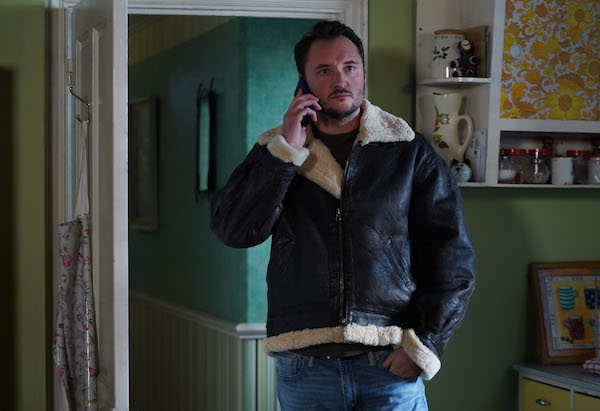 Martin makes some calls… but can he help? 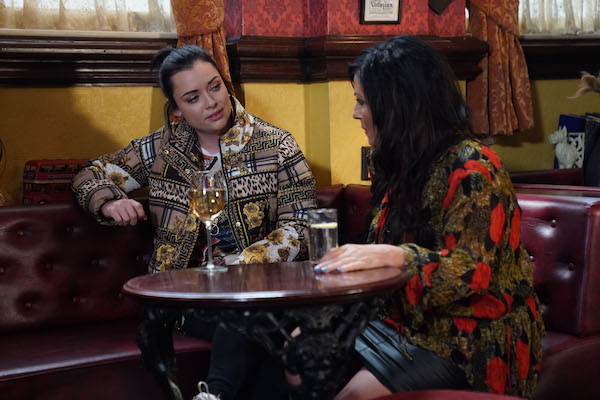 Whitney vents to Kat about Leo, but will they manage to come up with a plan to get rid of him for good? 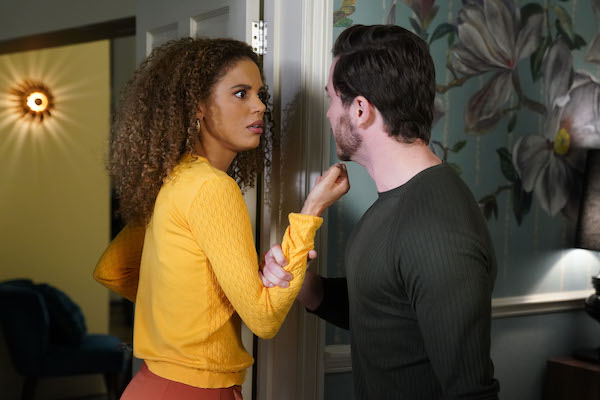 Back from their honeymoon, Gray suggests Chantelle takes a pregnancy test.

When it comes back negative he sees red at Chantelle’s reaction and grabs her by the wrist, causing her serious pain. 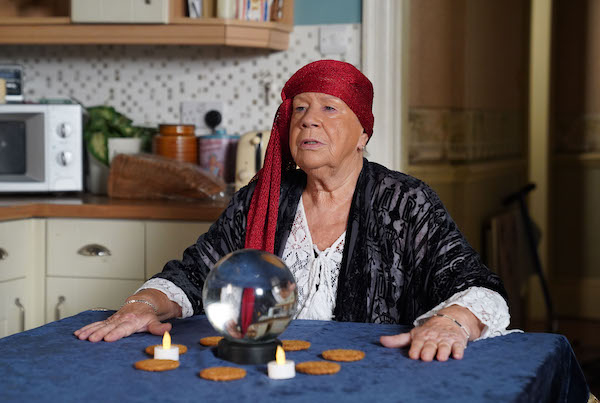 Jean is left unenthused when Mo suggests a seance to contact Daniel… but why is Jean so indifferent to the idea?