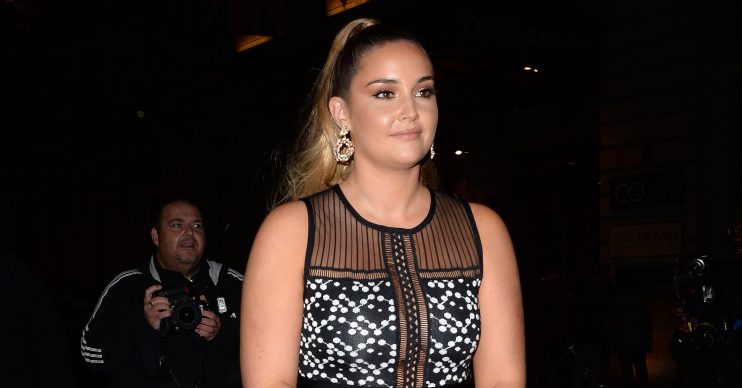 Jacqueline took over the role of Lauren from Madeline Duggan

Former EastEnders star Jacqueline Jossa, who played Lauren Branning, has spoken about the cruel comments trolls made about her after she was cast in the BBC soap.

Jacqueline posted one of her original cast photos to Instagram along with a current selfie.

She captioned the post: “10 years ago I landed the BEST job in the world! Loved every second of it, this picture changed my life.

“I use to hate this picture so much I got trolled so so badly, ‘the new fat Lauren Branning’, ‘Why recast and then get someone so much uglier and what is that hair cut?’

“I admit I really hate the haircut now but jeez people can be mean, and to a 17 year old girl, words hurt a lot!”

She continued: “It affected me for a LONG time! Probably still does actually if I’m being honest. Still 10 years on, I done seven years on the show of my dreams and had two beautiful children.

“To end this year I just became Queen of the jungle! Wow! My life has changed so much and had so many ups and downs in these 10 years.

“I can honestly say heading into 2020 I’m excited, happy and content! Thank you for supporting me.

“Also big shout out to the people who will remember this first girl 17 year old me that just landed a role that would change her life.

“Feeling overwhelmed and so lucky, thanks a million. Happy New Year.”

EastEnders fans will remember Jacqueline Jossa joined the EastEnder cast in 2010, taking over the role of Lauren from Madeline Duggan.

Lauren left Walford with her son Louis last year after the funeral for her sister Abi.

Recently Jacqueline went onto win the 2019 series of I’m A Celebrity… Get Me Out Of Here!

And viewers have begged for the character Lauren to return to EastEnders, even if it means she’s recast.

Would you like to see Jacqueline return to the BBC soap?