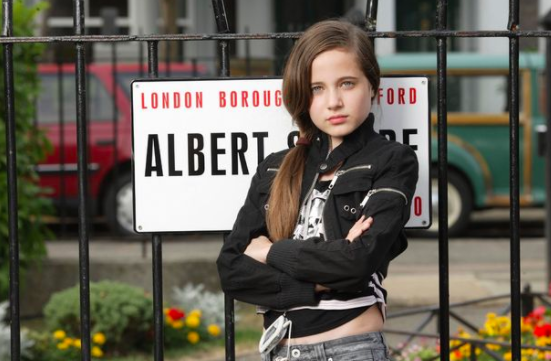 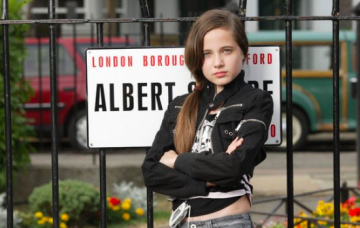 Former EastEnders actress Madeline Duggan has changed a lot since her soap days.

The star, 24, first joined the BBC soap playing Lauren Branning in 2006 before she left the show in 2010 and was replaced by Jacqueline Jossa.

In recent Instagram photos, Madeline has definitely grown up a lot but still rocks her signature brunette locks.

Read more: This little cutie grew up to be an EastEnders villain!

In one photo, Madeline is seen looking at the camera wearing an all-black outfit.

She captioned the post: “I’ve finally realised I can’t control my facial expressions. Happy or sad that is it (look at my dog judging me).”

In another snap, Madeline showed off her incredible figure as she enjoyed a holiday in Las Vegas.

The star wore a plunging black swimsuit with a pair of gold wedged sandals.

Since leaving EastEnders, Madeline has appeared in Silent Witness and Sky 1 drama The Smoke.

Alongside the photo, shared with Madeline’s 16.4K followers on Instagram, she wrote: “Peter and Lauren bump into each other at a wedding 8 years later.”

Thomas also starred in the soap until 2010, when his character left Albert Square.

The character returned in 2013, with Ben Hardy playing the part.

Meanwhile, following her stint in the soap, Madeline has also appeared in Dates and By Any Means, and in 2016 she stared alongside former Game of Thrones star Stephen Dillane in the hit thriller The Tunnel: Sabotage.

Most recently she was in Home Alone in 2017.

The actress also appeared in feature film Everyone Is Going To Die in 2013 alongside another former EastEnders star, Kellie Shirley.