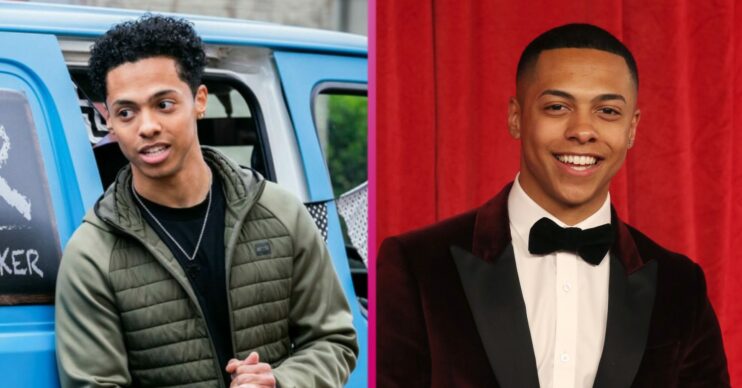 Is Zack Morris leaving the EastEnders cast? Star begs for a new job on social media

He has played Keegan Baker since 2017

EastEnders star Zack Morris is begging for another job on social media – so is he leaving the cast of the BBC soap?

And it appears the actor has got wind of his potential dream job while listening to the radio – and he made it clear he wants it badly.

So what did Zack say about his dream role?

Zack revealed today (July 17) how he wants to play Formula 1 star Lewis Hamilton in a biopic about him.

He posted on Twitter: “Just listened to the @1Xtra interview with @Reece_Parkinson and @LewisHamilton.

“First of all, what an inspiration to our generation. Secondly, I heard mention of a Lewis Hamilton film. Shall I just drop my agents details down below?”

How long has Zack been part of the EastEnders cast?

The actor has played Keegan in the BBC soap since January 2017.

He was the first member of the Taylor family introduced – coming in as Shakil Kazemi’s best friend.

Zack is passionate about being an actor and previously starred in the West End before joining the soap.

He previously said: “I’ve always wanted to be an actor. To get a job in EastEnders is great because I do get to call myself an actor now, and that’s a big thing for me.

“I’ve done work before this, though. I’ve done TV dramas, comedies, some West End shows, so I’ve done a few things. But EastEnders is the biggest job I’ve had.”

Just listened to the @1Xtra interview with @Reece_Parkinson and @LewisHamilton. First of all, what a inspiration to our generation. Secondly, I heard mention of a Lewis Hamilton film👀 shall I just drop my agents details down below 🤷🏽‍♂️

Next week on EastEnders, Zack’s character Keegan will be overjoyed when he thinks his wife Tiffany is pregnant.

When he’s shortlisted for a food award, Keegan is talking to the local press about what it means to him when he sees his wife.

He spots her buying a pregnancy test while he’s giving an interview in the Square.

However, it all blows up in his face when he realises the pregnancy test is for his sister.

And worse still, she’s being a surrogate for Rainie and Stuart Highway.