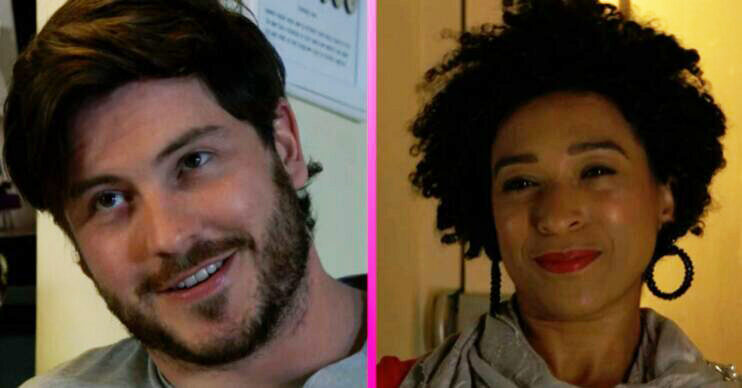 But now it appears he is targeting his boss Laura for daring to question his work.

What happened in EastEnders last night?

Gray was left furious at Laura for pointing out mistakes he had made in a complex legal case.

He was raging and tried to keep his cool on the phone call to her.

However, viewers watched as he put the phone down and then logged onto his computer with an anonymous identity.

Signing into his social media account, he visited Laura’s profile and left a worrying message.

He wrote: “People like you always gets what’s coming.”

One said: “The Gray storyline is so predictable. You can tell a mile off that he will kill Laura next.”

A third commented: “Laura you better run when Gray comes for you #EastEnders.”

It comes after Laura tried to warn Gray’s current girlfriend – Chelsea Fox – about how dangerous he is.

After Gray disgraced himself at her work drink, Laura visited Chelsea to check she was okay.

She told her: “I’m not the enemy, you know. You should be looking closer to home.

“You’re not the first and you certainly won’t be the last. Projects. He’s a white saviour, my darling, looking for poor little girls he can break down and remodel in his own image.

“I think Chantelle thought she was her own person too. I’m sick of him getting away with it.

“If you know what’s good for you, you’ll run. As soon and as far as you can.”