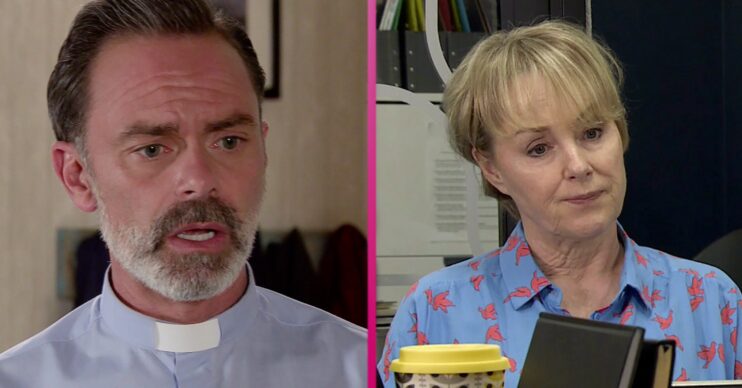 There has been a schedule change this week

Is Coronation Street on tonight?

Yes, Coronation Street is not on tonight (Friday, July 9).

Where can I watch this week’s episodes of Coronation Street?

If you want to watch all of this week’s episodes now, they’re all available on ITV Hub.

In this week’s scenes Will approaches Summer and begs her to hear him out.

Billy and Todd are in Speed Daal when Summer hurries in with Will in tow.

Summer tells them Will broke into the flat. Billy forgives him and offers to help him find somewhere to live.

Realising Will means business, Todd tries to secure a loan but fails.

Later Paul is shocked to find Summer in the café with Will. Paul confronts Billy and demands to know why he would let Summer hang out with Will when he nearly got her killed.

Meanwhile Daisy tells Ryan she has got him a DJ gig in Salford that evening and Alya takes the opportunity to confront Daisy.

Later Daisy tells Ryan about the confrontation. When the gig is cancelled Daisy ushers Ryan into the backroom and gives him loads of cocktails.

Later Alya calls in the Rovers looking for her boyfriend, but Daisy enjoys winding her up and keeps quiet about Ryan’s whereabouts.

Placing her hand on Ryan’s leg, Daisy wonders which cocktail he’d prefer, the naggy girlfriend or the night of wild passion.