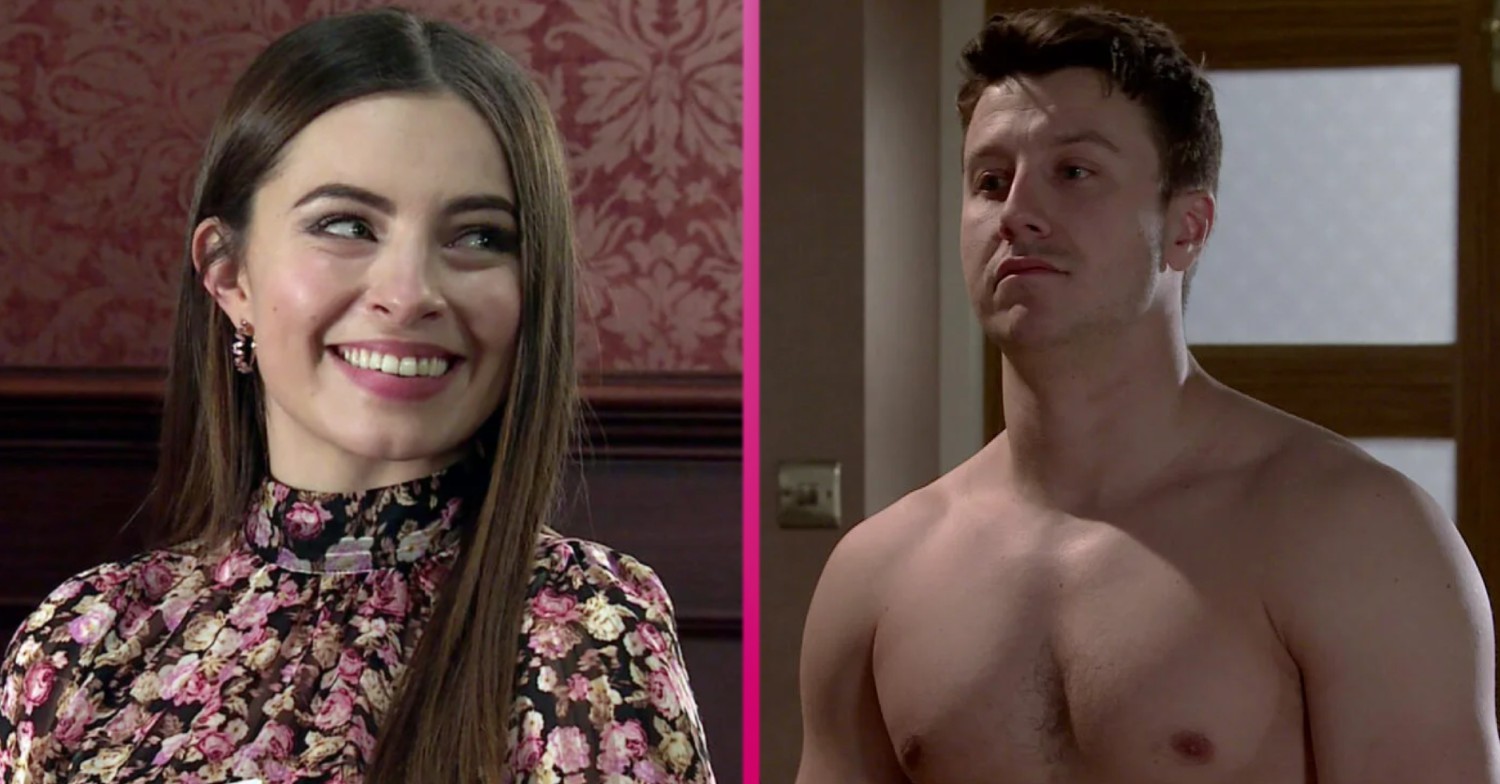 But what will Ryan choose to do?

The Rovers barmaid makes her move and cheekily places her hand on Ryan’s leg in soap scenes set to air next week.

This is despite Ryan defending Daisy over suggestions she fancies him. But how will Ryan react?

Soap fans will see Daisy prepare for her seduction attempt early on next week.

During Monday’s episode, Alya begins to wonder whether Daisy may have an ulterior motive after she convinces him her scheme to help him DJ full-time is more attractive than working at The Bistro.

Indeed, Daisy goes even further and teams up with Ryan to put together a business proposal for him to play his music in people’s gardens.

However, by the time the midweek episodes roll around, Daisy’s brainstorming leads to a clash with Alya… and things are set to get even worse between them…

However, Daisy gets one over Alya by having a pal who runs a boutique offer Alya a statement outfit… but unfortunately Daisy has also bagged the same dress and made it to the party first, ruining Alya’s look.

Buzzing over the success of his debut gig, Ryan hails Daisy to Alya for everything she’s done for him. But Alya makes it clear she reckons Daisy is interested in more than how he mixes his tunes.

After Daisy gets Ryan another gig booking, Alya has words with her.

But Daisy lets Ryan know immediately after Alya confronting her… and is on hand to comfort him after the booking gets cancelled.

She then perks him up with plenty of cocktails and even makes out she has no idea where he is when Alya comes looking for him.

Later Daisy places her hand on Ryan’s leg and offer him a different kind of concoction.

Would he prefer a cocktail called ‘The Naggy Girlfriend’? Or might he fancy a taste of ‘The Night of Wild Passion’?

This week’s episodes of Coronation Street are now available on ITV Hub.

Coronation Street usually airs on Mondays and Wednesdays 7.30pm and 8.30pm with an hour long episode at 7.30pm on Fridays on ITV.