Will Mellor has revealed he wants to return to Hollyoaks.

The actor was one of the original stars of the Channel 4 soap when it launched 25 years ago in 1995.

Back visiting my old stomping ground @hollyoaksofficial with my pal @nickpickardhollyoaks ! Jambo and Tony back together!! 😂 So good to see him and the place it all started!! #memories #oldschool #hollyoaks #filming #goodtimes #friends #oldfriends

He played Jambo Bolton for three years before quitting in 1998 and save for a one off dream sequence appearance in 2004, he hasn't been seen since.

But now the actor has said he wants to return to the soap as a thank you for launching his career, and with the 25th anniversary happening next year his timing couldn't be better.

Will told the Daily Star Sunday: "Personally, I'd like to do something just to say thank you.

"But it's so difficult with schedules. Because it's a soap, they have to book you up for a long time and that could mean missing out on another job that could be better for me to do, as Hollyoaks would only be going back for a little cameo.

Hollyoaks isn't the only show Will would like to return to - he also wants to make a comeback with Two Pints of Lager and a Packet of Crisps. 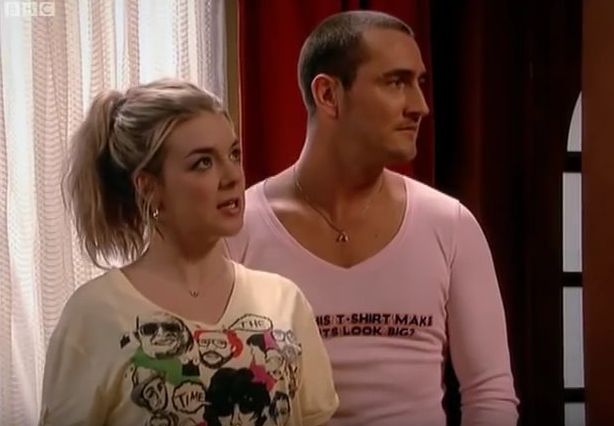 Earlier this year the 43-year-old actor, who played Gaz Wilkinson in Two Pints, said he has been in talks with the show's writer, Susan Nickson, to get a special episode off the ground.

With a big grin, he told fans: "People have been messaging me about how much they miss the show and how much it was part of their growing up. Saying: 'Please bring it back for a special or do something'.

"Well, I have been listening and reading your messages and I think we are going to get a Two Pints special off the ground."

He added: "I spoke to Susan Nickson and we are hopefully going to try and get a Two Pints special going. Just to say thank you for all the support of people who love the show and got behind it.

"Watch this space, just got to dot the 'i's and cross the 't's and hopefully a Two Pints special will be on the way."

Do you want Will back on Hollyoaks? Leave us a comment on our Facebook page @EntertainmentDailyFix and let us know what you think!