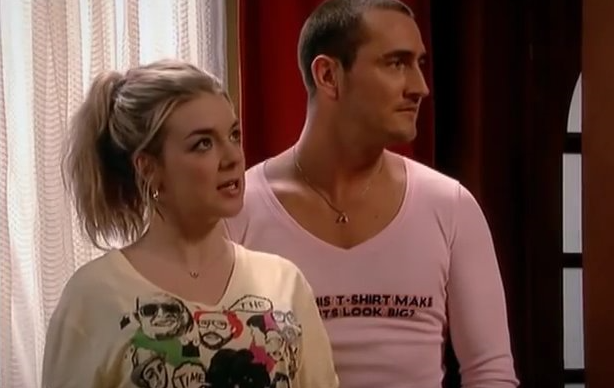 Two Pints Of Lager And A Packet Of Crisps to return for one-off special, says star Will Mellor

Will and Sheridan Smith starred in the comedy series

Cult comedy Two Pints Of Lager And A Packet Of Crisps is to make a comeback, according to star of the show Will Mellor.

The actor took to Instagram to announce some exciting news about the sitcom, which ended in 2011.

Will revealed he has been inundated with messages from fans begging for a remake of the Brit comedy, it comes after the announcement that other favourite Gavin and Stacey will be making a return.

This means that Sheridan Smith, who played Janet in Two Pints, could be reprising her role.

The 43-year-old actor, who played Gaz Wilkinson in Two Pints, said he has been in talks with the show’s writer, Susan Nickson, to get a special episode off the ground.

With a big grin, he told fans: “People have been messaging me about how much they miss the show and how much it was part of their growing up. Saying: ‘Please bring it back for a special or do something’.

“Well, I have been listening and reading your messages and I think we are going to get a Two Pints special off the ground.”

He added: “I spoke to Susan Nickson and we are hopefully going to try and get a Two Pints special going. Just to say thank you for all the support of people who love the show and got behind it.

“Watch this space, just got to dot the ‘i’s and cross the ‘t’s and hopefully a Two Pints special will be on the way.”

The furore around the show seems to have escalated since Gold began playing re-runs of the comedy this month.

If the potential reboot includes original characters, favourite Sheridan, 37, could be back as Janet.

Sheridan recently said she won’t be returning to her role as Smithie’s sister Rudi in Gavin and Stacey.

Ralf Little played Janet’s boyfriend Johnny in the sitcom until his character was killed off in 2006.