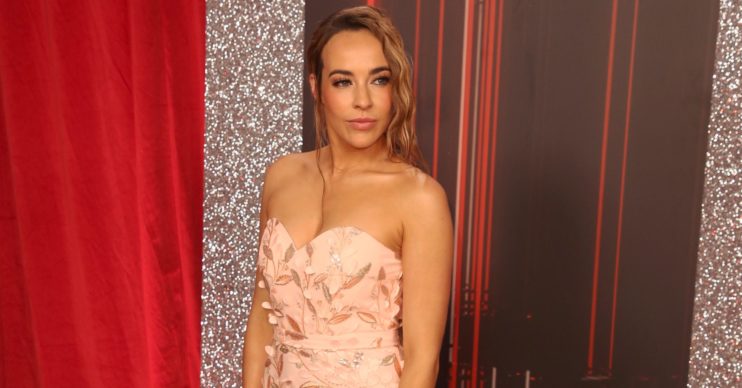 Sinead has been off-screen for a while

Hollyoaks star Stephanie Davis has announced she has left the Channel 4 soap.

The actress revealed the news on her Instagram account, posting a picture which says “Goals: Be Happy.”

Alongside the picture, she wrote: “Sometimes we make decisions based not on what we want but what we know is right!

“I have loved bringing Sinead into your homes for the past 10 years but it’s with a heavy heart I have decided to leave Hollyoaks and now looking forward to working on new and exciting projects. Excited!”

What have Hollyoaks said about Stephanie’s departure

A spokesperson for Hollyoaks said: “In mutual agreement with Lime Pictures, Stephanie Davis is leaving her role as Sinead O’Connor on Hollyoaks.

“We would like to thank Stephanie for her huge contribution to the show and the enjoyment her character Sinead has brought to fans.”

Stephanie has played Sinead O’Connor on and off for 10 years. She originally joining the soap in 2010.

It’s with a heavy heart I have decided to leave Hollyoaks.

She was reportedly dismissed from the show by bosses in 2015. It was said she turned up to the set under the influence of alcohol.

Returning to Hollyoaks in 2018

However in 2018, Stephanie excitedly announced she would be returning to the show.

Sinead stayed on screen until early last year. Her character went away to Spain with her fiancé Sami and daughter Hannah.

Although she was due to return for her wedding to Sami, Sinead told Sami she wouldn’t be coming back.

Stephanie bravely revealed the reason for her character’s absence was because she had attempted to take her own life.

The actress also split with her boyfriend and co-star Owen Warner.

Stephanie and the Romeo Nightingale actor dated for nine months before ending their relationship.

Since her absence from the show, Stephanie has continued to advocate for mental health. The mother-of-one has also shared some videos showing her musical talents.