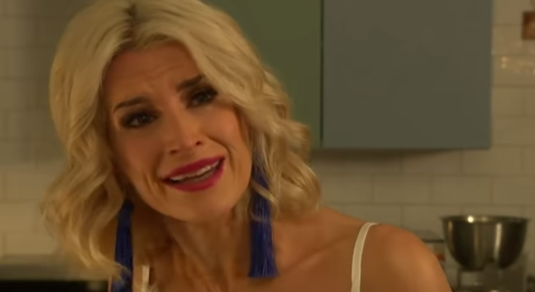 Juliet spiked her drink with ketamine

Fans of Hollyoaks fear Mandy Richardson is dead as she vanished after Juliet Quinn spiked her drink.

Mandy had a dramatic New Year’s Eve as Nancy revealed that she had slept with Mandy’s boyfriend Darren.

With Mandy upset from what she had been told, her sister Cindy convinced her to go on a night out to The Loft.

Meanwhile Juliet and Sid slipped into the club after picking up Ketamine from Sid’s cousin.

As Juliet tried to steal Mandy’s drink, she caught her out and confronted her.

But Juliet wasn’t happy with how Mandy spoke to her and decided to spike her drink with the ketamine.

However neither of them knew Mandy was high and Cindy left Mandy at the door, where she dropped her lipstick and a picture of her daughter Grace, who died in 2006.

As she bent down to pick them up, the scene went blurry.

As the episode drew to an end, Darren was heard leaving a message for Mandy asking her to come home.

A hidden figure then walked up to the door and picked up the lipstick and picture, but Mandy was nowhere to be seen.

Viewers are worried she has been kidnapped or killed.

Where did Mandy disappear off to? #Hollyoaks

Ooh what happened to mandy #hollyoaks

Somebody find Mandy and help her. #Hollyoaks pic.twitter.com/9psW9jJMa8

What do you think happened to Mandy?

Hollyoaks is on Monday to Friday at 6.30pm on Channel 4 with a first look episode every night at 7pm on E4